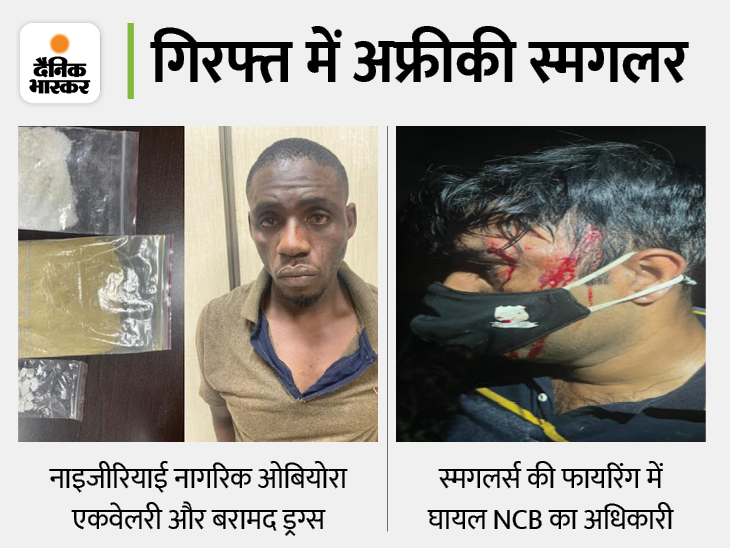 Mumbai Narcotics Control Bureau (NCB) team was attacked by a gang of drug smugglers late last night. Five NCB officers were injured in this attack, in which one is in critical condition. However, during the action, NCB has caught two foreign smugglers with drugs worth one crore.

Team attacked with foreign pistol
NCB chief Sameer Wankhede said on Friday that following a tip-off, his team had raided a base in Vashi area. During the raid, the NCB team was attacked by drug smugglers. However, the NCB officials caught the kingpin of this racket. It is being told that this smuggler had fired on the NCB team.

The arrested man attacked the NCB team with a foreign pistol.

From Mankhurd to Vashi forest became a smuggler’s abode
Sameer Wankhede told that a big drug racket used to run in the forest area between Mankhurd to Vashi. In the evening, there used to be a market for drugs at this place. NCB has taken this action on the basis of information. According to the information, this is an African gang, who was running a drug racket while staying in India illegally.

Some smugglers escaped under the cover of firing
However, some other smugglers managed to escape from the spot under the cover of the attack. A team has been formed to trace them. The absconding accused have also received information about having foreign weapons. In this action MD, heroin and cocaine have also been seized in commercial quantities.