Heartbreaking incident: In Surat, pregnant woman killed two and a half year old son and committed suicide by jumping from the fourth floor, son’s body found from home 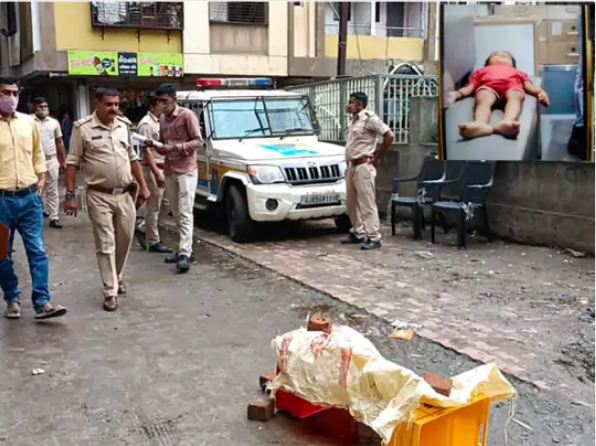 The woman had died as soon as she fell to the ground. The body of a two-and-a-half-year-old son in the inset.

A sensational case of suicide has come to light in Surat, Gujarat. A pregnant woman, residing on the fourth floor of a unique apartment located in the city’s Kadodara area, committed suicide by jumping on Wednesday morning. Not only this, the woman had strangled her two and a half year old son to death before jumping to death. This was revealed when the police reached the house. The son’s body was in the room.

According to the locals, the cause of suicide could be due to the house tribulation.

Four-year-old son’s life saved
According to the information received from the Kadodara police, the name of the woman who committed suicide is Vanitaben Pandey (30). Vanita was pregnant and has two sons, one of whom is 4 years old and the other is two and a half years old. Vanitha has killed the younger son Krishna before committing suicide. At the same time, the elder son was playing in another room, who is alive. However, the exact reason will be known only after the postmortem report comes.

Family resident of UP
During interrogation Rajesh Pandey (December’s brother-in-law) told that there was no problem of any kind in the house. In such a situation, I do not understand why the sister-in-law took such a step. According to Rajesh, the family is a resident of UP. Elder brother Mahesh (husband of the deceased) is in the textile company by profession and is currently out for some work. Vanitha and Mahesh got married about 10 years ago. There was no financial problem in the family.

Unique apartment located in Kadodara area, where the family lives on the fourth floor.

Dispute with sister-in-law may be the reason for suicide
However, the police is currently searching the house to find that a suicide note may be found. Apart from this, Vanita’s mobile is also being investigated. But, according to some neighbors, Vanitha had a dispute with her sister-in-law living in UP. There was a tussle between the two over one thing or the other. This could also be the reason for suicide.