Himachal government in preparation for imposing restrictions: Health Department prepared a proposal; At present, entry is mandatory with e-pass, more than 200 corona cases are being received daily 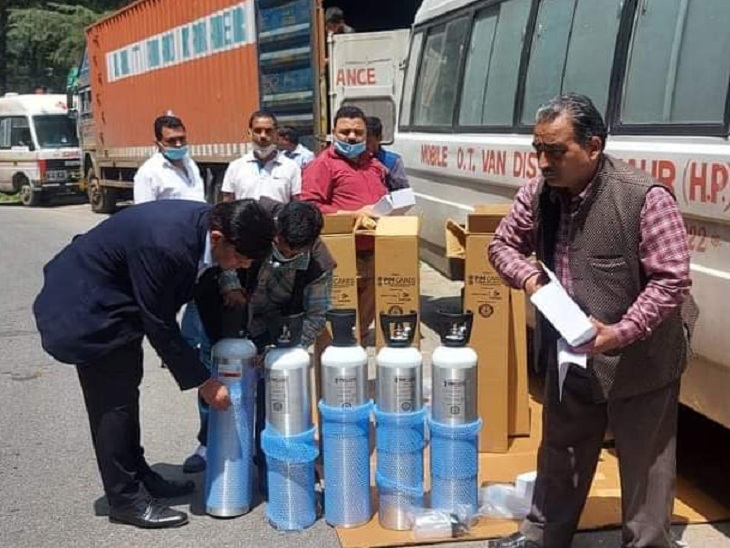 The decision to close the schools has been taken after a large number of school students got infected. Till now there are 433 such active patients in Himachal, whose age is less than 18 years. It is a matter of relief that none of these children are under treatment in the hospital. More than 200 cases of infection are coming daily in Himachal. In such a situation, it is a matter of concern that the people of neighboring states are spreading the infection rapidly in Himachal. Therefore, the Himachal government has now made it mandatory to enter Himachal along with e-pass.

15 people serious in 5 districts, under treatment in hospital

People from 5 districts of Himachal are currently under treatment in hospitals, who are breathing on ventilators. Maximum 6 in Shimla district, 3 in Mandi, 3 in Hamirpur, 2 in Chamba and one patient in Kangra are also under treatment in the hospital.

Even after imposing restrictions, there was no reduction in cases

Health Department Secretary Amitabh Awasthi says that even after imposing some restrictions, the cases of infection have not decreased in the state. In such a situation, more restrictions can be imposed in the coming days, so that the crowd can be controlled. The Health Department is preparing a proposal regarding this, but the final decision on the restrictions will be in the cabinet. Worryingly, there is no vaccine for children under the age of 18. The infection is spreading rapidly among children. In such a situation, the rules will have to be strictly followed to prevent infection.

Oxygen cylinder to stop the third wave from the center

Himachal Pradesh will get 219 A Type Oxygen Cylinders from PM Cares Fund. Here, the cylinders are filled with 20 liters of oxygen with low weight and any oxygen cylinders are being sent to every district and medical colleges of the state fitted with oxygen masks as regulators. Dr Ramesh Chand, Deputy Director of the Health Department, said that relief and rescue items are being continuously received from the center for the rescue of Kovid. It is being distributed to different districts according to the need.