Himachal Police fleet includes 34 hi-tech vehicles: 21 camper stations equipped with GPS and cameras, 12 Boleros were given at DSP level, along with criminals, the staff will also be monitored. 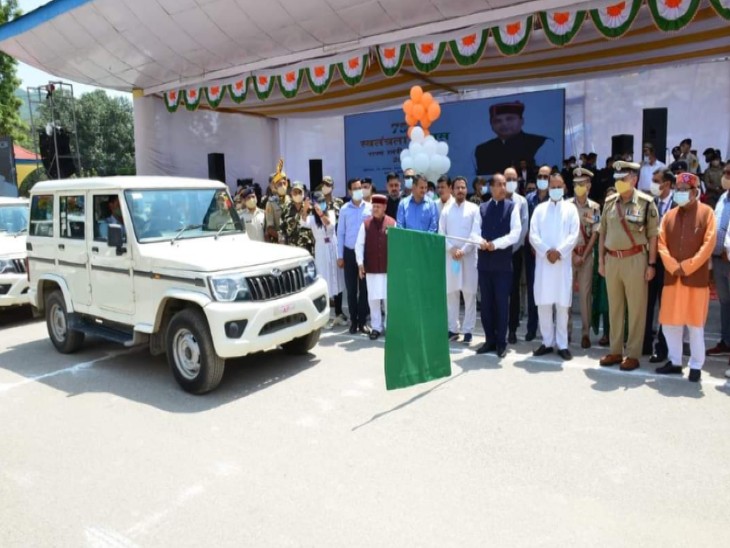 In Himachal, 34 vehicles have been found by the police department. The special thing is that all these vehicles are equipped with modern technology. They also have GPS and CCTV cameras. Various police stations and police officers of the state will get these vehicles. There will be no shortage of vehicles for the police to nab the criminals and reach the spot immediately.

In this, 21 Mahindra camper vehicles will be available to the police station. A Scorpio vehicle has been handed over to Lahaul Spiti. 12 Bolero vehicles will be available to the DSP level police officers working in the sub-division level and district headquarters. An advantage of the installation of CCTV cameras in the police vehicle will be that the behavior of the police will also be known and the police will not be able to do anything arbitrarily. Many a times people complain that the police have always acted one sided. In such a situation, keeping this in mind, cameras have been installed in the new vehicles which have been given to the police department. What happened at the scene of the incident, how has the police behaved. All these things will continue to be recorded. If any person complains in this regard, then further action can be taken by looking at the video recorded in the camera.

Scorpio vehicle will help Lahaul Spiti Police
Getting a Scorpio vehicle to Lahaul Spiti will help the police a lot according to the geographical situation there. After the construction of Atal Tunnel, where the influx of tourists has increased. On the other hand, the Hi-Tech vehicle will prove to be very helpful for the police in order to curb the riots of boys and other criminal incidents.