Horrific road accident on Mumbai-Goa highway: Three youths who got down from the car to urinate were blown away by the trailer, one died on the spot; condition of two became critical 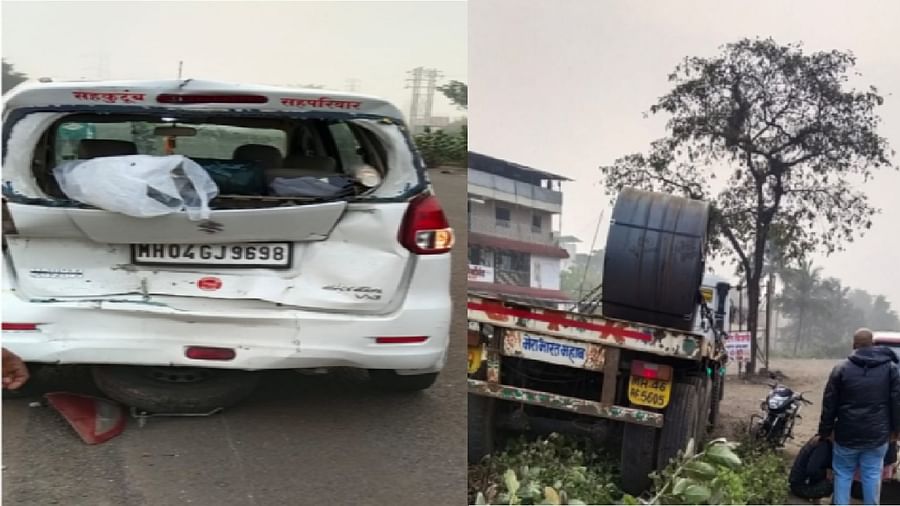 In this accident, the car parked on the side of the road was first hit by the trailer and then the three youths were hit by the car.

Three people who got down from a car to urinate on the Mumbai-Goa highway were blown up by a trailer on Thursday morning. One of them dies on the spot and two are swinging between life and death.

The incident took place on the Mumbai-Goa highway at around 7 am on Thursday. The three friends were going from Thane to Malvan by Ertiga car (MH 04 GJ 9698). At the same time a trailer (MH 46 AF 5605) coming from Mumbai blew up all three. In fact, the trailer first hit the car and after that the three youths were injured after colliding with the car. The rear side of this car has a sticker with the words ‘Sah-Kumb Sah Parivar’.

The injured are being treated at Mangaon Hospital
According to Raigad police, Amit Vinod Kavale (22), a resident of Thane, died on the spot in this accident. after the accident
Teres Karwalo (22) and Rohan Jadhav (22) have been admitted to the hospital with serious injuries. Both are being treated at Mangaon sub-district hospital. Where the condition of both remains serious. Both have been put on ventilator support system.

The family created a ruckus on the highway
The accident happened at around 7 am near Electricity Hotel in Kansai village. As soon as the information about the accident was received, the entire Kavle family from Thane reached the spot and created a ruckus demanding the arrest of the accused. After this accident, the Mumbai-Goa highway was also jammed for some time.