HRTC bus falls into a ditch in Himachal: Accident due to rain on Patta Barotiwala road in Solan; 15 people injured, relief work continues 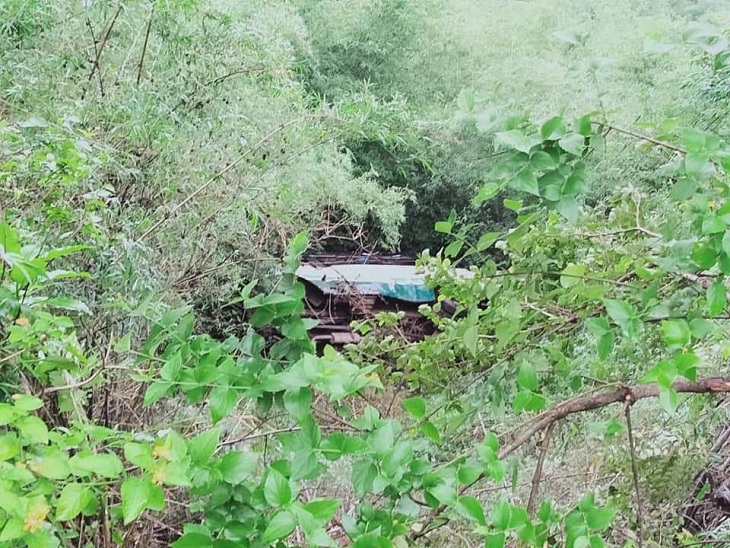 The bus fell into the ditch after the driver lost control.

A road accident occurred in Solan district due to rain in Himachal Pradesh on Saturday morning. Himachal Roadways bus has crashed on Patta Barotiwala road. Losing control, the bus fell into the ditch. About 15 people are reported to have been injured in the accident.

Passers-by stopped the rescue operation and brought the injured to the road and took them to the hospital for treatment. As soon as the information about the accident was received, the administration teams also reached the spot. It is being told that the driver lost control after being on a slippery road.

People carrying out rescue operations after the bus fell into the ditch.

According to the police, the accident took place on Haripur Patta Marg under the police station Barotiwala of Solan district. The bus had left Johadji to go to Nalagarh at 8:00 am on Saturday. When the bus reached near Thedpura, the driver lost control of the bus.

There were 15 passengers in the bus. Local people gathered as soon as they heard the sound of the bus falling into the ditch. People informed the police and administration about the accident. The injured have been taken to Patta PSC through an ambulance, where all are said to be out of danger.

People say that some of the passengers themselves were going out and reaching the road. According to the administration officials, an inquiry will be conducted into the accident so that it can be found out whether the accident happened due to loss of control or there was some technical fault in the bus.