Husband and wife fight on the road: Every day the husband used to be beaten after drinking alcohol, to teach a lesson, the wife ran with scissors and beat her fiercely by falling on the road 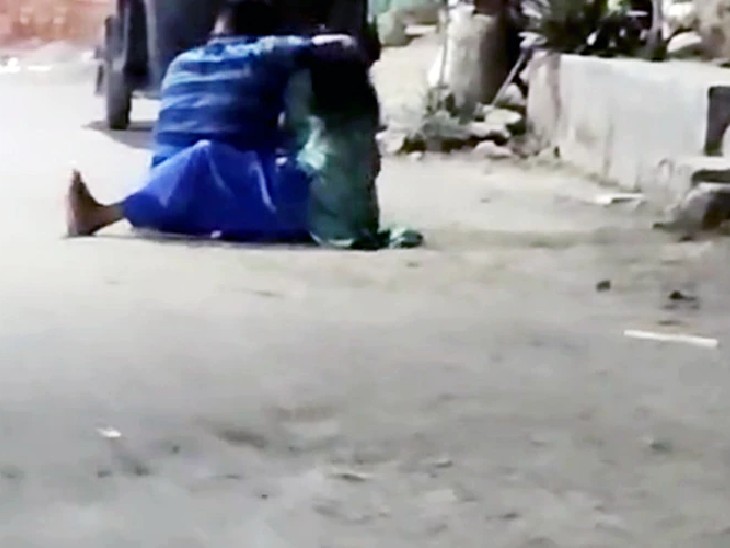 Someone made a video of the fight between husband and wife and made it viral on social media.

Troubled by her husband’s alcohol addiction in Akola, Maharashtra, his wife ran him away with scissors on Friday night. After this, both of them played a lot on the middle road. A video of this incident has surfaced today. However, after this deadly fight between the two, no case has been registered from either side.

According to the Akola police, the husband used to come home every day after drinking alcohol and used to beat up his wife. Disturbed by his action, his wife decided to teach him a lesson on Friday. As soon as the husband proceeded to kill him, the wife attacked him with scissors. Seeing this form of the wife, the husband got completely intoxicated and he ran out of the house after saving his life, but the wife ran after him on the road itself. Someone made a video of this quarrel between husband and wife on the middle road, which is now going viral.

The local people got the beach rescue done
Seeing the husband and wife beating, the local people intervened between the two. The wife had blood on her head, she was not ready to listen to anyone. People took her away from her husband, even after this she was constantly attacking her husband. People also tried to get rid of the scissors from his hand, but he did not give the scissors to anyone.

Case of withdrawal of 28.51 lakh from the account of Municipal Corporation: The accused got 2 lakhs in exchange for transferring the check, the accused was arrested from Maharashtra and recovered 2 lakhs