ICMR will conduct sero survey in 4 districts of Himachal: Before the third wave of corona, it will be ascertained in Kangra, Mandi, Una and Chamba – how many people are able to fight the virus; Report will come by 15 September 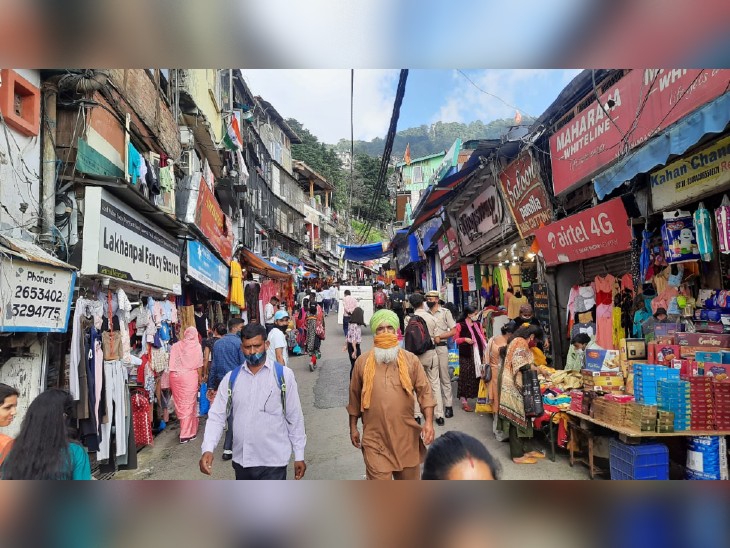 Crowd of shoppers ahead of Rakhi festival at Lower Bazar in Shimla.

Indian Council of Medical Research (ICMR) is going to conduct sero survey in 4 districts affected by corona infection in Himachal. These are Kangra, Mandi, Una and Chamba. Before the third wave of corona infection arrives, it will be known how many people in these districts have developed antibodies to fight the virus. The survey report will come by September 15. The Health Department says that the third wave of Kovid may come to Himachal in the month of October. In such a situation, the health department will now wait for the report to come. In a sero survey, a blood sample of 500 to 600 people is taken, in which it is checked whether antibodies have been made in the body to fight the corona virus or not.

ICMR had earlier conducted a sero survey in Kullu district, in which antibodies were found in 62 percent of the people. Health Department Secretary Amitabh Awasthi says that after the arrival of new cases, it has come to know that the large crowd of people gathering in public programs is promoting the infection. Due to this, more cases of infection are coming daily. The market is still crowded as before. People are not following social distancing in any way.

90’s population of Himachal has received the first dose
According to the Health Department, 90 percent of the population of Himachal has received the first dose of the vaccine. A total of 55 lakh people are to be vaccinated in the state, all of whom are above 18 years of age. So far 51 lakh 36 thousand 11 people have been banned for the first vaccine. Apart from this, 15 lakh 17639 people have taken both the doses, it has given 28 pieces of the total population. More than 50,000 people are getting the vaccine daily in the state. Himachal still has about two lakh vaccine quotas left.

So many Kovid-19 patients under treatment in these medical colleges
At present, 25 corona infected patients are under treatment in IGMC, the state’s largest hospital located in Shimla. 21 people are admitted in Tanda Medical College, Kangra. There are 15 Manish admits in McShift Hospital built in Ner Chowk in Mandi, 5 to 10 in Chamba, Hamirpur and Nahan Medical Colleges also.