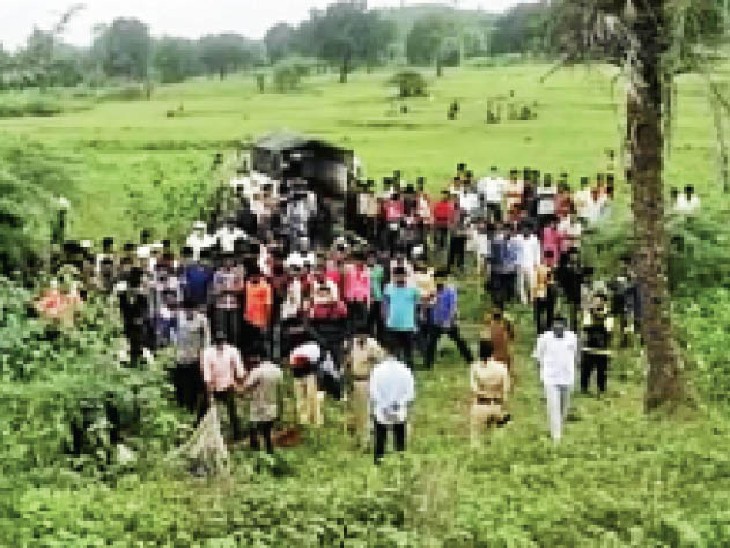 A crowd of villagers gathered after the bodies of three youths were found together under a tree on the roadside near Dangaria.

There has been a stir in the area after the bodies of three youths, residents of Kapadi Extension, were found on the roadside in Dangaria village of Deogarh Baria taluka of Dahod district. A bike has also been recovered at the scene of the incident. After the incident, the family members of the deceased are being accused of killing the youths. At present, while registering a case of accident in the preliminary investigation, taking the incident seriously, has started further investigation.

The bodies of Yusuf Ayub Kamal Shukla (21), Akbar Satar Patel (25) and Sameer Yakub Jethra (21), who lived in Kapri extension of Deogarh Baria taluka, were recovered from under a tree in Dangaria village of taluka. The incident is believed to have happened late at night. When the dead body was found in the morning, a crowd of villagers including the family gathered at the site. Police also reached the spot after the incident was informed to the police. After this, taking possession of the three bodies, they have been sent to the PM.

Here, the man absconded after killing the middle-aged woman with a shovel.
In Piplod village of Deogarh Baria taluka of Dahod district, an unidentified man for some reason attacked a middle-aged woman with sharp weapons on her forehead and other parts of her body, causing her death on the spot. Sensation spread in the area after this incident. At the same time, the police reached the spot and started action to arrest the accused. After this incident, Leelaben Balwantbhai Diara has filed a complaint against Babubhai Sonabhai Diya at Peeplod police station.