Increased strictness for those coming to the state: Online registration is necessary again for entry in Himachal, order issued, exemption for those who return in 72 hours 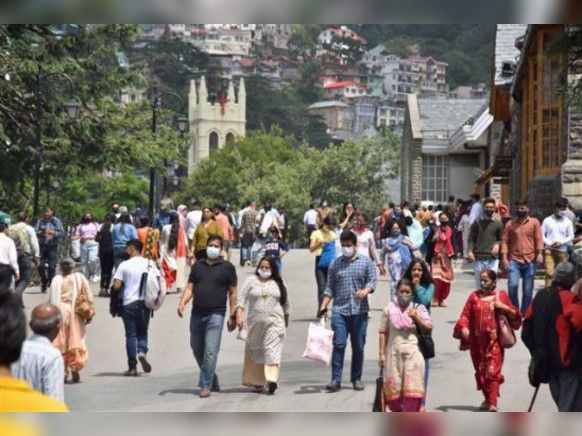 Those coming to Himachal will no longer be allowed to enter without registration. (file photo)

Those coming to Himachal will no longer be allowed to enter without registration. People will be allowed to enter Himachal from Thursday i.e. from today only after registering on the e-Covid portal. The government has taken this decision so that contact tracing of people coming from outside can be done easily. However, the person who goes to the outside state and completes his work within 72 hours, then he will get freedom of movement.

Children below the age of 18 years accompanying parents and guardians will be allowed entry without RTPCR and rapid antigen test, but the condition of test report will be applicable if they come alone. Entry is already allowed in the state after 72 hours of RTPCR and 24 hours of RAT report or after applying 2 doses of the vaccine. Now it will be mandatory to register on e-Kovid software for entering the state.

Movement and loading and unloading of goods vehicles will be allowed in the state. The Disaster Management Cell has issued a new guideline. People working in government and private sector in the state and for health-related reasons will be allowed to move daily and during the week.

Restrictions may be imposed to control the crowd
Restrictions may be imposed to control the crowd in the upcoming cabinet meeting to be chaired by Chief Minister Jai Ram Thakur. Similarly, there is less chance of students being called in schools even after August 22. One reason for this is that the students have not yet been vaccinated at the school level. In such a situation, in view of the increasing infection of Corona, the chances of students being called to school in the entire month of August are less.