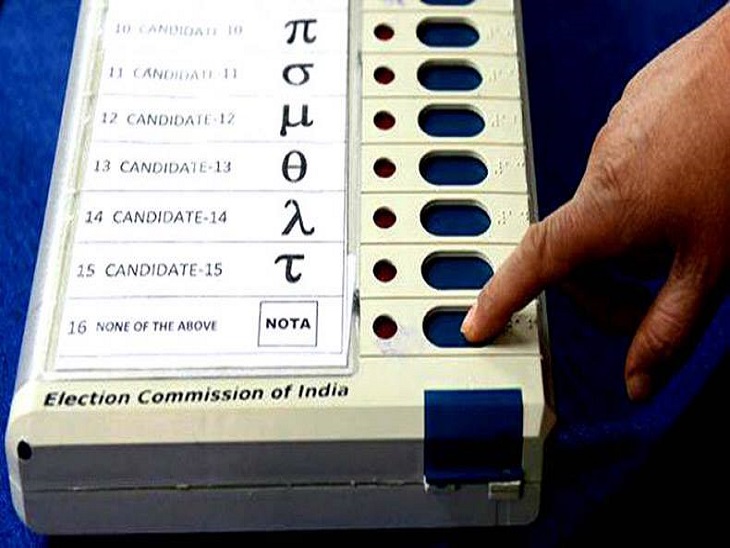 The situation for the by-elections is clear.

The nomination process for the by-elections in Himachal Pradesh has been completed. No candidate withdrew his name on the last day of withdrawal of nomination papers. In such a situation, now 18 candidates will try their future in the by-elections in Himachal. But the BJP and the Congress will have to save their candidates from the ambushes within. Only then will he be able to register victory in these by-elections. Independent BJP can spoil the equation of Congress in Jubbal-Kotkhai and Fatehpur. The 6 candidates from Mandi parliamentary constituency are Brigadier Khushal Thakur of BJP, Pratima Singh of Congress, Ambika Shyam of Rashtriya Lok Niti Party, Munshi Ram Thakur of Himachal Jankranti Party and independent candidates Anil Kumar and Subhash Mohan Snehi. BJP’s candidate Ratan Singh Pal, Congress Party’s Sanjay Awasthi and Independent Jitram are candidates from Arki assembly constituency, while BJP’s Baldev Thakur, Congress’s Bhawani Singh Pathania, Himachal Jankranti Party’s Pankaj Kumar and independent candidate Dr. Ashok are from Fatehpur assembly constituency. Kumar Somal is joined by Dr Rajendra Sushant. Four candidates from Jubbal Kotkhai Assembly Constituency are Neelam Saraik of BJP, Rohit Thakur of Congress, Chetan Singh Bragta and Suman Kadam, who is a rebel candidate from BJP.

Chetan Bragta stood as an independent from Jubbal-Kotkhai.

Clear position regarding by-elections
The position of the candidates regarding the by-elections in Himachal has become more clear. October 13 was the last day for withdrawal of nominations, but none of the candidates withdrew their nominations. So now the candidates will go to the polls. In Jubbal-Kotkhai, Chetan Bragta is rebelling from BJP and standing as an independent. Whereas in Fatehpur also Dr. Rajan Sushant has been the first MP from BJP. In such a situation, the concern of BJP itself is bigger in these by-elections. No rebel independent from Congress is contesting the elections.

Now there is a big risk of stroke in Arki
Govind Ram Sharma, a two-time BJP MLA from Arki assembly constituency, was going to contest as an independent, but on the last day of filing nomination, Anurag Thakur reached Arki and pacified him. In Arki, now neither the rebel leader of BJP is standing as an independent nor of Congress. Now only both the parties are in danger of conflagration, but no one is coming out openly. After the ruckus after Congress candidate Sanjay Awasthi got the ticket, the committee of Block Congress Arki was dissolved. In such a situation, the office bearers removed from the Congress Committee for the Congress candidate can create trouble in the by-elections.

Now everyone is waiting for voting.

Slogans have been raised against Urban Development Minister Suresh Bhardwaj in Jubbal Kotkhai
The road for BJP in Jubbal-Kotkhai is not easy. Here, BJP’s rebel leader Chetan Bragta has landed as an independent and he has also been allotted the election symbol of apple. In such a situation, the problems of BJP have increased here. Many people are gathering in his supporters. By taking out a huge rally, supporters also raised slogans against Urban Development Minister Suresh Bhardwaj here. Now here is not a triangular contest between BJP and Congress. For the time being, it remains to be seen who people vote here, because Jubbal-Kotkhai has always been a stronghold of the Congress and it is not easy for the BJP to get its candidate to win here. But now the way his rebel leader Chetan Bragta has stood as an independent, in such a situation, BJP candidate Neelam Saraik will have to unite day and night to win here.