India of my dreams: Chief Minister Jai Ram Thakur said that our participation should be in all major institutions including knowledge, science, defence, environment protection, sports 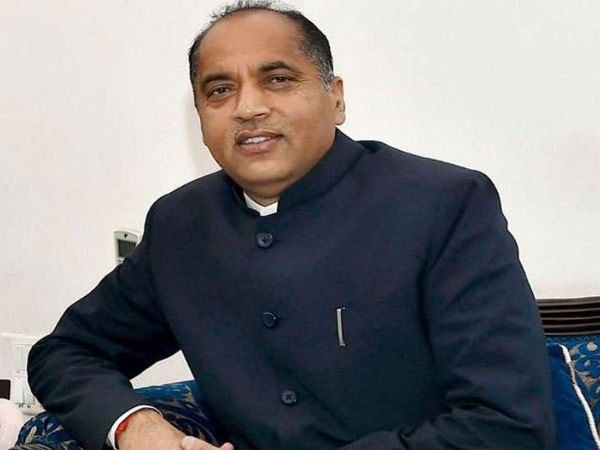 India has been the leader of the world culturally and spiritually.

I am proud that I have taken birth on the holy land of India. India is the penance place of sages and the land of warriors. Here people of different cultures and religions live in harmony with each other. Unity in diversity is the biggest strength of the country and there is pride in the fact that India is the largest democracy in the world.

India was once also called the golden bird and it is a matter of pride for us that the country’s ancient glory and glory is returning and we are again standing on the pedestal of becoming a world guru. Under the strong leadership of Prime Minister Narendra Modi, many initiatives like Make in India, Minimum Government Maximum Governance, Digital India, Self-reliant India, Vocal for Local, Swachh Bharat Abhiyan, Ek Nation Shreshtha Nation are proving effective in making the country self-reliant and powerful.

Swami Vivekananda had predicted that India would emerge as a Vishwa Guru and his statement is coming true under the leadership of the Prime Minister. Today the world is stunned by our progress in science and technology and we are being heard everywhere. It is my dream that all of us countrymen together make India a world power.

Our partnership is in all major institutions of the world and in various fields, whether it is in knowledge, science, defence, trade, environmental protection, medicine, technology, foreign policy or economy, sports and culture or space. Today, India is playing a major role in global affairs in a true sense.

Our role in promoting peace, security, preventing climate change, food security and poverty alleviation is being recognized globally. Today, welfare schemes for the poor have reached the ground. The person standing in the last row has not only moved forward but has also become a participant in the mainstream of development.

Many schemes have been started in the interest of farmers. Under the Pradhan Mantri Kisan Samman Nidhi Yojana alone, nine installments of about Rs 1.57 lakh crore have been transferred to the farmer families. India is a country of youth and keeping it paramount, the Government of India has started a new education policy to make the country a global knowledge superpower and to provide employment and skill upgradation opportunities to the youth.

The main objective of this policy is universalization of education and promotion of vocational education. Atmanirbhar Bharat Abhiyan focuses on capacity building and making the country and its citizens self-reliant in every way. India can become a happy and prosperous country only by becoming self-reliant.

This is the reason why the Prime Minister has put the mantra of Vocal for Local in front of the country to promote local products on a large scale. India has been the leader of the world culturally and spiritually. The central government has made special efforts for the preservation and promotion and propagation of Indian culture. The whole world has accepted the power of yoga and spirituality.

At the same time, Prime Minister Narendra Modi is also playing a leading role in dealing with the Kovid-19 epidemic. He took several decisive steps and launched the largest vaccination campaign in the world. A small hill state like Himachal Pradesh has also played an important role in the revolutionary change in the country.

The state has made remarkable contribution in areas like national security, tourism, horticulture, power generation and environmental protection. Himachal Pradesh has been recognized as the fruit state of the country and it is also a surplus energy state.

The construction of the strategically important Atal Tunnel Rohtang has also been done here, which is a matter of pride for us. With this, Himachal is now emerging as a pharma hub not only of the country but of the whole world and medicines are being produced on a large scale here. I have full faith that India will emerge as a self-reliant, self-reliant and strong nation in the whole world with the leadership of the Prime Minister and the cooperation of all the countrymen.

I wish that there should be welfare of every section of the society and balanced and all-round development of every area. I wish all the countrymen for a healthy, prosperous and successful life. I congratulate all of you on the occasion of 75th Independence Day of the country.