Indians who have suffered delta variant are not threatened by Omicron: BHU scientist said – was roaming for 18 months, now it is active; Infection spreading to 1 person 2 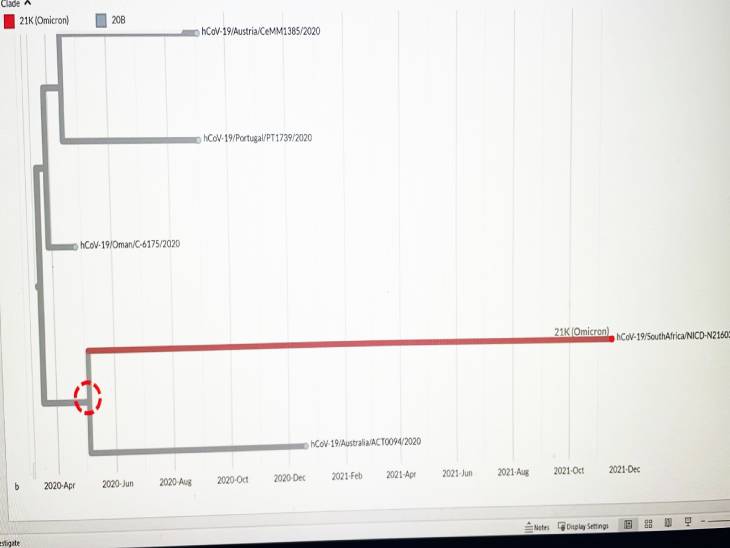 This graph shows that the Omicron variant has been found in these countries only in May-June 2020.

Omicron is not a new variant of the corona virus, but it has been circulating for 18 months. However, after having 32 mutations, it became active and is rapidly taking hold. It is also being told that its new mutation occurred in an AIDS patient, after which it was spreading rapidly. That too the African people who remained virtually untouched in both the waves of Kovid.

African people have the best immunity
Humans from Africa came from us 2 lakh years ago, in this sense their immunity is much better than us. If this variant spreads to other countries, then its effect could be much higher. Pro. Choubey explains that its infection rate in Africa is higher than that of the delta variant, but the severity is very low. The delta and delta plus variants are the reason behind the non-severe disease of people suffering from this variant. Actually, similar mutations have been seen in this virus as well. The second wave of corona in India was spread only due to the delta variant. The Omicron variant won’t have a huge impact on the people here. The infection may increase, but the death rate will remain very low.