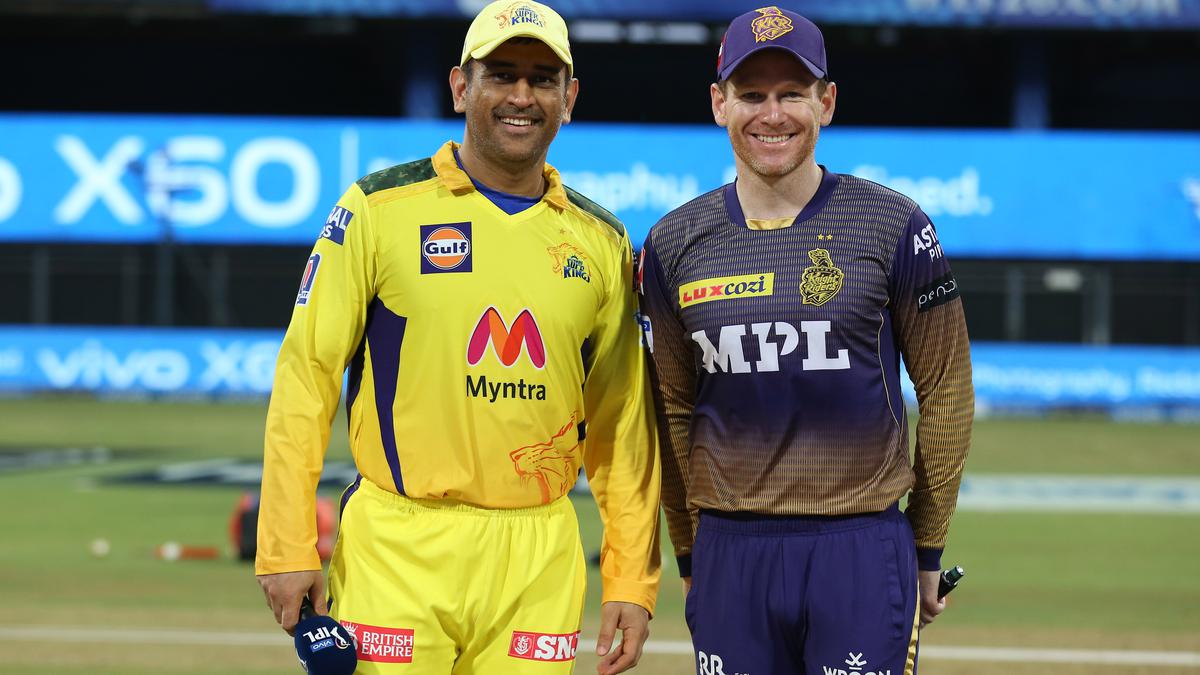 Three straight losses in the league after becoming the first team to qualify for the playoffs, CSK ambushed table-topper Delhi Capitals in Qualifier-1 to seal its place in the final.

And big players have a sense of occasion.

MS Dhoni’s delightful match-winning unbeaten cameo that sunk DC would have instilled CSK with immense belief. And CSK will be up against a resurgent Kolkata Knight Riders in the IPL summit clash at Dubai on Friday.

It should also be a captivating duel between two best captains in the competition, Dhoni and Eoin Morgan. The England captain might be short of runs but is smart on the field.

KKR, turbo-charged after the inclusion of dashing opener Venkatesh Iyer, can dish out intelligent, winning cricket. It has seemed a different unit in the Middle East, with Venkatesh and Shubman Gill firing at the top of the order.

Lockie Ferguson and Shivam Mavi have delivered thunderbolts and the spinners, the versatile Sunil Narine – he turned games with the bat as well – and the skilful Varun Chakravarthy, battling a knee injury, are tying down the opposition. Star all-rounder Shakib-al-Hasan – the injury to the explosive Andre Russell has not hurt the side – and the intrepid Dinesh Karthik and the unsung Rahul Tripathi can swing games.

The ambience in CSK encourages cricketers to express themselves. Ask Ambati Rayadu, such a dangerous customer with the willow.

Ruturaj Gaikwad, with his footwork, balance, and timing, has been delighted at the top of the order. Ruturaj and Faf du Plessis have formed a formidable opening pair with the South African innovating and creating scoring opportunities.

It is here Uthappa’s return to form at No. 3 – he is such a sweet timer of the ball – becomes crucial. It provides CSK with a solid base. Then there is Moeen Ali who can scatter the field with his free-spirited left-handed strokeplay apart from sending down useful off-spin.

CSK is not short of multi-dimensional cricketers. Ravindra Jadeja’s tight left-arm spin and a blaze of left-handed strokes make him a game-changer. Dwayne Bravo can give the ball a thump and also send down canny deliveries, including yorkers, with pace variations.

The final should be a mouth-watering clash.