It rained Sawan: In 42 hours it rained four and a half inches of water, the level of the creeks increased, so far in August 174 mm of rain; less than last year 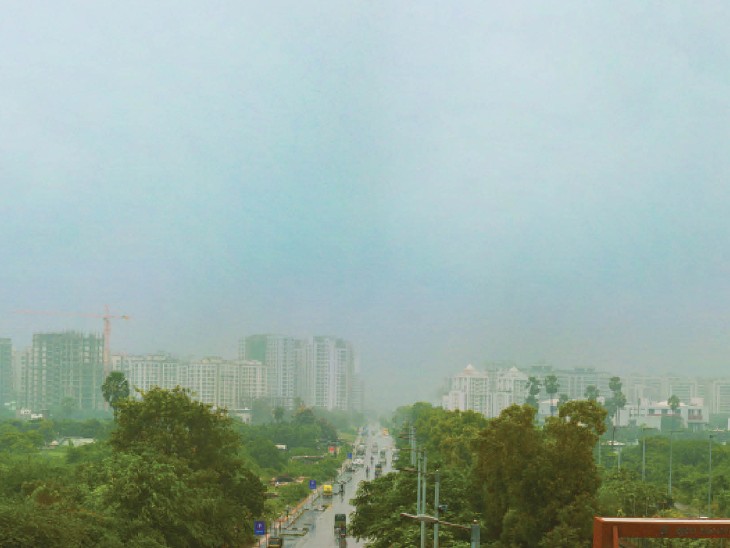 In this way the clouds covered the sky, it was raining.

It rained a quarter inch on Thursday. There is a possibility of heavy rain on Friday as well. This season it rained 5 inches on June 17, 3 inches on June 25 and 5 inches on July 18. After that 3 inches of rain fell on 18th August. The water level in the creeks of the city has started rising due to incessant rains. The rain continued till Thursday night.

Mithikhadi near danger level
In the last 36 hours in the district, due to heavy rains, the water level in the creeks of the city has started rising. On Thursday evening, the water level of Kakra Bay was 0.50 m, Bhedwad 0.20 m, 0.85 m, Bhathena 0.20 m and Seemada 1.50 m.

Sealing of 70 year old house broken, rescued two trapped people
The ceiling of the second floor of a 70-year-old two-storey house located on Navsari Bazar Court Safeel Road was broken. Some people got out, but two people were trapped. He was rescued by the fire brigade. Nagindas Rana, who lives on rent in this house, said that I informed the Municipal Corporation many times about its dilapidation, but no action was taken. According to the fire brigade, the ceiling was broken at 4:00 am. No casualties were caused by this.