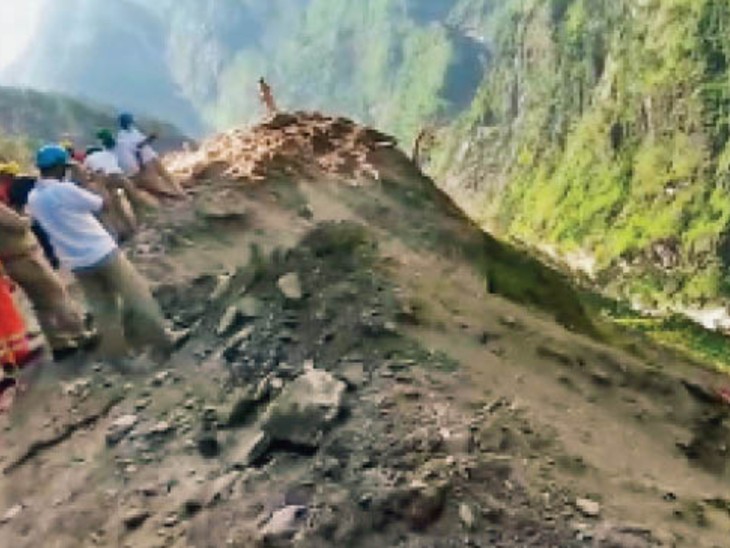 After the Nigulsari accident in Kinnaur district, the rescue operation is going on continuously. The bodies of two people were recovered on the sixth day.

In the Nigulsari accident of Kinnaur district, the bodies of two people were recovered on the sixth day of rescue on Monday. The police have handed over the bodies to the relatives after post-mortem of the dead at Bhavnagar Hospital. In this way, so far the bodies of 25 people have been recovered in Nigulsari, while 3 are still missing. On the sixth day of the tragic accident near Nigulsari in Kinnaur district, the local rescue team including the personnel of District Disaster Management, NDRF, Indo-Tibetan Border Police Force, Kinnaur Police and Home Guard started the rescue operation from around 5 am as usual.

At seven o’clock in the morning, two bodies trapped in the cover were found about one and a half hundred meters below the spot. The rescue team led by disaster management team in-charge Sukhdev Negi, without caring for their lives, was successful in reaching both the dead bodies with the help of ropes in such dire geographical conditions and took out the dead bodies. The bodies have been rescued and sent to Community Health Center Bhavanagar for identification. The deceased have been identified as Meher Chand (34), Village Tikri, Post Office Kharga, Tehsil Nirmand, District Kullu and Jwala Devi (38), Village Bari, Tehsil Nichar, District Kinnaur.