Landslide in Himachal again after two days: Stones fell on HRTC bus going from Mandi to Rekangipo in Nigulseri, two injured; The body of the woman who was killed in the previous incident could not even be picked up. 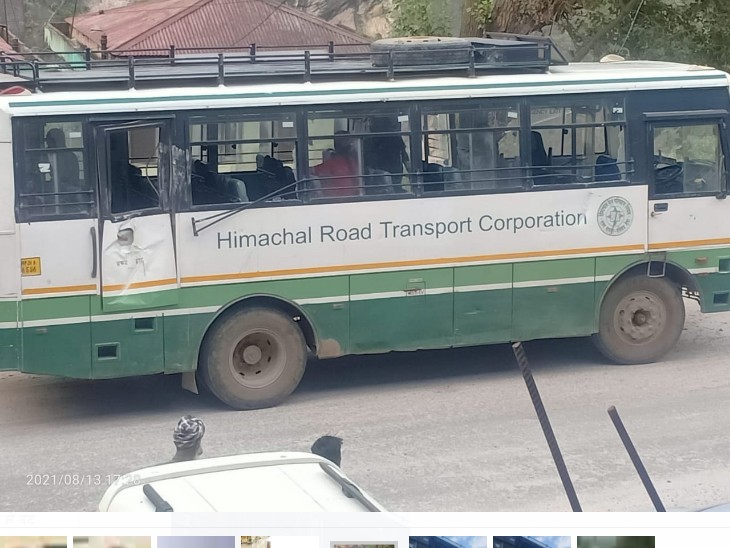 Bus damaged in landslide in Himachal, in which two people were injured.

Incidents of landslides in Himachal Pradesh are not taking the name of stopping. Two earlier in Mandi, there was a lot of damage in one such incident, while on Friday it happened again. Today, huge stones fell on the HRTC bus going from Mandi to Rekangipo in Nigulseri. Two people, including a woman, were injured in this incident, while the body of a woman who was killed in the incident two days ago could not be picked up even today. The reason for this is the frequent landslides.

According to the information received, a bus of Himachal Road Transport Corporation was going from Mandi to Reckongpeo at around 5 pm on Friday evening. As soon as this bus reached near Nigulseri sliding zone, suddenly stones started falling from the mountain.

In this incident, 40-year-old Anita Kumar, wife Sushil Kumar resident of the bus Nichar and Anubhav Negi (19) son Sunil Negi resident Kalpa suffered injuries on the head and side. Soon after, the bus was removed from there and the injured were sent to Bhavnagar for treatment. On the other hand, once again the relief and rescue work has to be stopped after the land slide again. Due to this, the body of the woman who was killed in the accident two days ago could not be picked up yet.