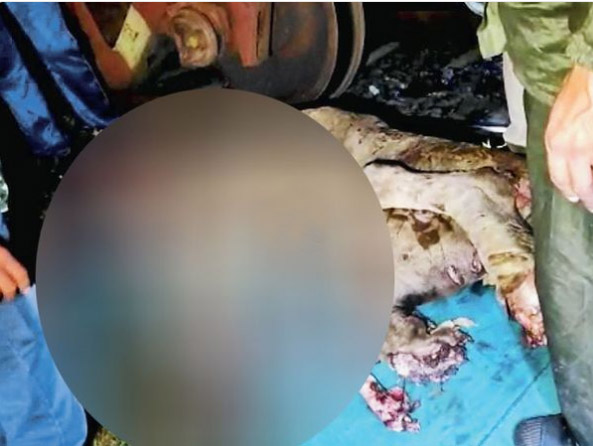 The age of the dead cub is around five to six years.

The carcass of a lion has been found on the railway track near the Gir Forest of Gujarat, the only refuge of Asiatic lions. According to the information received from the Forest Department, this incident came to light in Khadkala area of ​​Savarkundla Tehsil (Range) located in Amreli district of Gir East Division. The carcass of a lion was recovered from the track around 9.30 pm on Saturday night.

As soon as the information was received, a team of forest department employees reached the spot and took possession of the lion’s carcass. He was brought to Nani Wadal VD Hospital for post-mortem on Saturday. Preliminary investigation revealed that the lion may have died after being hit by a double-decker goods train passing through the track.

The dead lion is about five to six years old. Following the incident, the Deputy Conservator of Forests (DCF) of the area also visited the spot. So that the exact cause of the death of the lion can be ascertained and some steps can be taken so that it does not happen again.