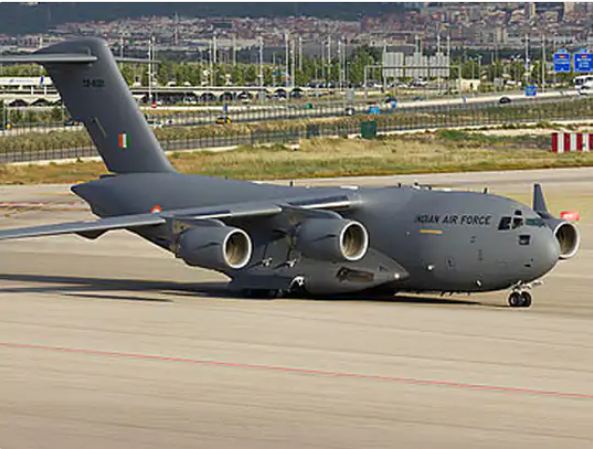 C-17 aircraft landed at Jamnagar airport. After taking fuel from here, it will leave for Ghaziabad.

After the Taliban occupation of Afghanistan, the situation there is getting worse from moment to moment. Meanwhile, the Indian government is taking the help of the Indian Air Force to rescue its civilians and officers trapped in Afghanistan. Shortly before, Air Force C-17 aircraft took off from Kabul and reached Jamnagar in Gujarat. About 150 people, including an Indian officer, are on board this plane. From Jamnagar, this aircraft will leave for Hindon airbase of Ghaziabad.

Passengers were welcomed at the airport.

According to sources, Indian officials were brought to a safe area of ​​Kabul airport last evening itself. Foreign Ministry Spokesperson Arindam Bagchi said that in view of the prevailing situation, it has been decided that our Ambassador to Kabul and his staff have been asked to leave for India immediately.

The C-17 aircraft carrying the officers took off from Kabul airport on Tuesday morning.

Here the Union Home Ministry said that in view of the current situation in Afghanistan, the Government of India has made a provision for a special visa for Afghan citizens. Its name is e-Emergency X-Misc Visa. This is a new category of Visa. The work of those who apply for this will be done soon. Such visa holders will be allowed to enter India.

The plane has been brought to India from Iran’s airspace.