Lover couple commits suicide in Dharamsala: Died by consuming poison; The bodies of the teacher and his girlfriend were found in the hotel room, both were married at different places. 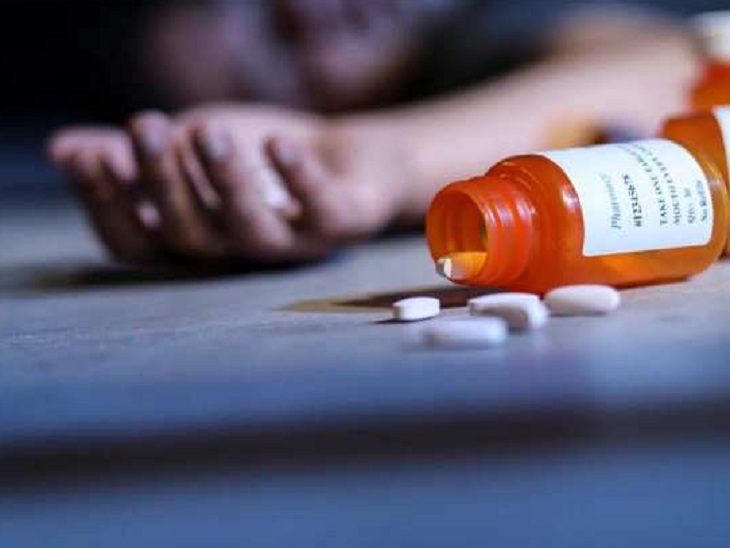 A loving couple has committed suicide by consuming poison in Himachal Pradesh’s Dharamsala. The bodies of both were recovered from a room in a hotel. The hotel staff informed the police about the matter. As soon as the information was received, the city police reached the spot and took the dead bodies into custody. They were identified from the documents recovered from the belongings of the deceased. The police called the family members and informed about the incident.

On receiving the news, the family reached the spot and told the police that both the deceased were residents of Panjoa in Una district. The man’s name is Rajiv Kumar and the woman’s name is Kajal. Rajiv was a teacher and was married to a girl from the village. Kajal was a resident of Ambota village and had come to Panjoa village after getting married in the house opposite Rajiv. But Rajeev and Kajal had a love affair. The relatives had caught both of them in an objectionable condition some time back. Since then there was a dispute going on in the house of both.

At the same time, according to the police, both wanted to get married, so they planned to run away from the house. For this, both of them left on Wednesday night and stayed in a hotel near Kala Pul in Dharamsala, where both committed suicide. When both did not open the door to take breakfast in the morning, the hotel staff feared something untoward. He immediately informed the police. When the police reached the spot and opened the door, they saw that both were lying on the bed and foam was coming out of their mouth. Both had also died.

The husband of the deceased Kajal works in an automobile company and has two children. The deceased Rajiv has two children. Her second daughter has also been born a month ago. However, the police have started investigation after registering a case by taking the bodies of both of them. At the same time, the team under the leadership of ASP Kangra Raghu is taking stock of the incident.