Mahakumbh of gods will be held in Dhalpur today: Himachal Pradesh; Invitation to 332 deities this time, they also have the responsibility of controlling the crowd. 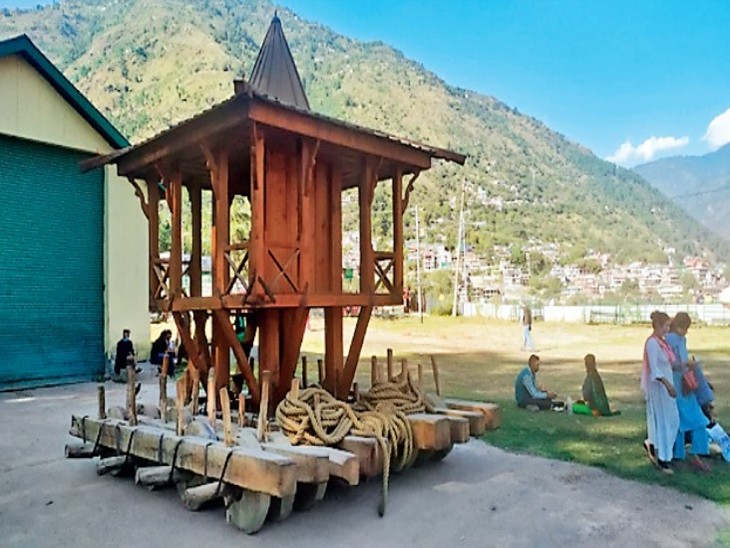 Last year, the festival was performed in the presence of only 15 deities, the role of Mata Hidimba is important.

In the historic Dhalpur ground today, a Mahakumbh of gods and goddesses, a symbol of reverence and faith, will be held. Last year, only 7 deities were invited due to the corona epidemic and 15 deities had come to participate, but this time an invitation has been sent to 332 deities from the Dussehra festival committee. Therefore, thousands of people thronged Raghunath’s chariot and hundreds of people of the valley will play an important role in pulling Raghunath’s chariot and accompanying him.

Arrangements have been made by the administration to ensure that the Kovid protocol is followed in the historical ground of Dhalpur. Ten entry points have been made to enter the ground where police personnel will be deployed and determine the rules of the Kovid protocol. During the Rath Yatra in Dhalpur ground, Dhumal, the deity of Ujhi Valley Halan-1, is commanded to control the crowd and make way while pulling the chariot. To overcome the crowd of people, the god Dhumal drives away the crowd.

At the same time, the police personnel along with their team have converted Kullu into a police cantonment. Vehicles are being checked and sent towards Kullu at Bajaura, the entrance of Kullu. More than 2 dozen Haryans with their respective deities who come to the district carry them on their shoulders after walking for several hours. They lead a life of ascetics during Dussehra with the deities.

During this they sleep only in the temporary camps of the deities. The people of Dev Samaj say that the Dev tradition of Kullu gets strength by playing these Dev traditions. The far flung deities have left for the festival a week in advance, who will reach Kullu on foot from far flung areas like Ani Nirmand. It is expected that this time more than 200 deities will participate in the festival.

In view of the Corona crisis, this time there will be no temporary shops

During the festival, although the grounds are auctioned to set up temporary shops and different organized markets are decorated, but this time due to the risk of corona infection, shops are not being set up for the trade fair.

At the same time, Mother Hidimba, who is said to be the grandmother of the gods in the valley, has an important role, without her the Dussehra festival is considered incomplete. Goddess Hidimba has a history with the royal court of Kullu. It was Goddess Hidimba who made Vihangmanipal, the first king of Kullu, king by destroying the Piti Thakurs who spread terror in the village.