More than 2000 vehicles arrived on the weekend: Despite the restrictions, the influx of tourists is not decreasing in Shimla 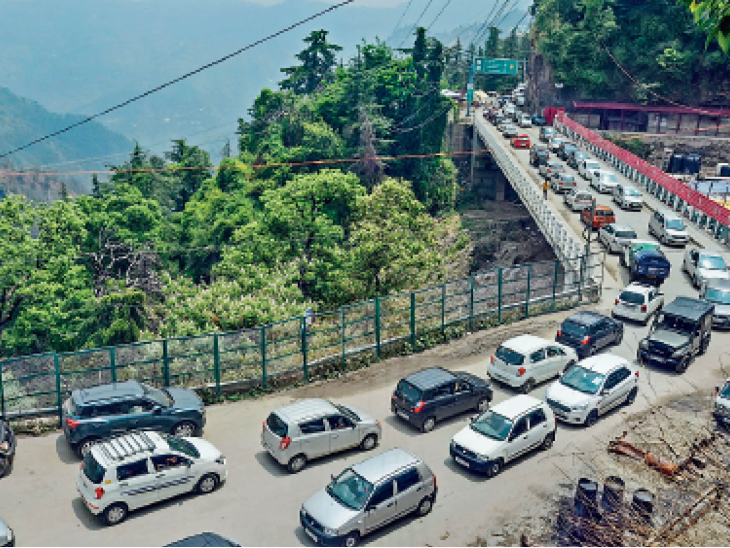 Even on this weekend, about two thousand vehicles have come to Shimla from outside states in two days.

Tourists are still reaching nearby tourist places including Shimla. Even on this weekend, about two thousand vehicles have come to Shimla from outside states in two days. Although it has halved as compared to the earlier, but during the second wave of Corona, when restrictions were imposed, there were few tourists in Shimla at that time.

Even on weekends, only about 200 vehicles used to come to Shimla from outside states, they were also such people, who either used to get necessary work in Shimla or used to come here for any other reason. According to the SP Shimla, the tourists have decreased as compared to earlier, but now due to the holidays, the police is fully prepared that there should be no negligence in the movement of tourists.

There are two days off on this weekend. In such a situation, tourists started coming to Shimla from Friday itself. Many tourists reached Shimla even on Saturday evening. Due to the movement of tourists on Friday too, there was jam at many places from Parwanoo to Shimla.