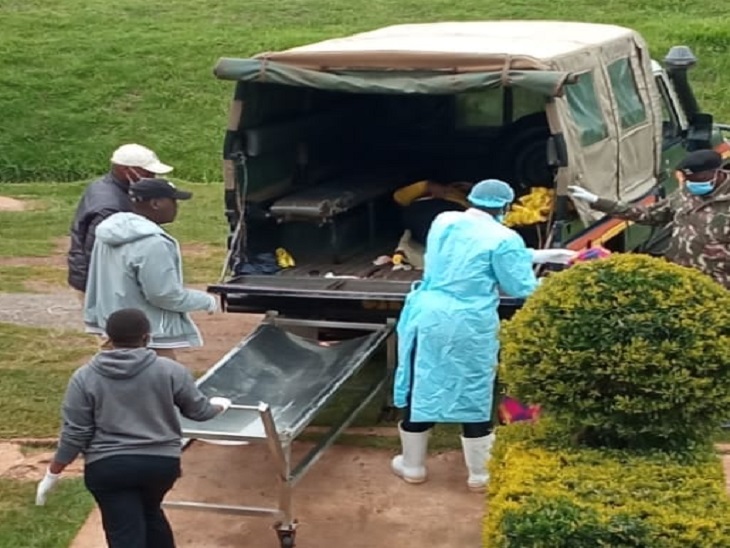 To escape the attack of Rangdo, the mother-daughter escaped to death by falling into the ditch. symbolic photo

The tragic incident took place in Chamba district of Himachal Pradesh. Here the mother-daughter who ran to escape the attack of the Rangers died after falling into the ditch. In this accident, both of them died on the spot. Police reached the spot and took possession of both the bodies and registered a case and started investigation. An immediate relief of Rs 30,000 has also been provided by the administration to the victim’s family.

According to the information, this accident happened on Wednesday near Bhadota. It is being told that when she was cutting grass on the hill, suddenly she was attacked by Rangdas. Both of them ran from there to save themselves and in this part she fell into the ditch. Due to which he lost his life. The woman who died in the accident has been identified as Tripta age 32 years wife Mansingh and daughter Isha 16 years father Man Singh resident Khadiala.

In an attempt to save her daughter, the mother slipped and fell into the ditch
It is being told that when both of them were running to escape from the Rangers, suddenly Isha’s control deteriorated and she started falling into the ditch. When her mother tried to save her, she also lost control and both the mother and daughter fell into a 200 meter deep gorge. Nearby people immediately pulled both of them out of the ditch and took them to the hospital. Where Tripta was declared dead by the doctors, while Isha died during treatment.

Police took the bodies for post-mortem to Teesa Hospital
After getting information about the incident, the police team reached the spot. Police took the dead body of mother daughter to Civil Hospital Tissa for postmortem. The bodies have been handed over to the relatives after conducting the post-mortem. Tehsildar Pawan Thakur said that the administration has given immediate relief of Rs 30,000 to the victim’s family. Relief amount will also be provided to the victim’s family after completing the formalities.