No water in Narmada: If there is no rain for five days, then the situation of severe water crisis, irrigation water from Narmada Dam to the state only till the end of August 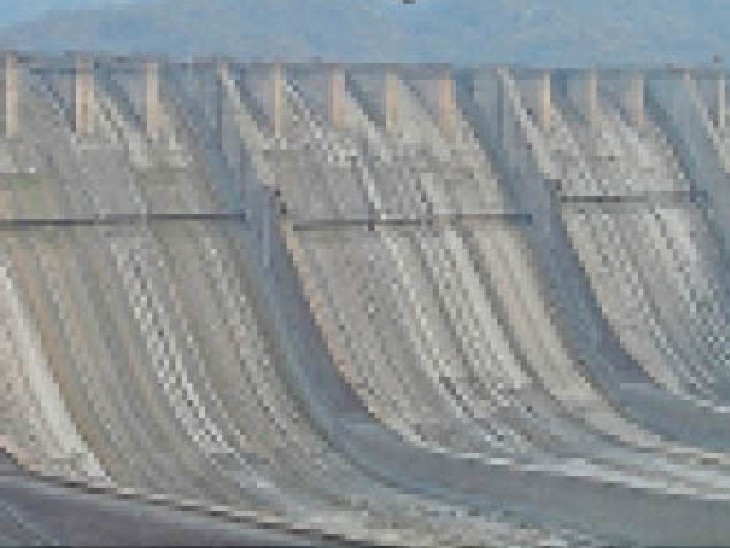 If it doesn’t rain, the situation will get worse.

If there is no rain in the state, there is a possibility of severe water crisis. In such a situation, the government has also announced to reserve the drinking water in 56 dams till 30th September and make the remaining water available for irrigation to save the crops of the farmers. Apart from this, it has been decided to provide irrigation water from Narmada Dam in the state only till the end of August. The Narmada Dam is filled with water up to a flat of 115.69 meters as on August 18.

Water crisis may face: If there is no rain in the state for another five days, the dams that release water from the Narmada will be closed and may face severe water crisis. Hydro power is currently being generated in Madhya Pradesh.

36 thousand 500 mcft water for irrigation from 56 dams
As on 17th August, 12 thousand 412 cusecs of water is coming in Narmada Dam, in comparison to 15 thousand 200 to 15 thousand 792 cusecs water is being released from Narmada Dam through canals. The 125 cusecs of water supplied to industries daily from Narmada Dam should be stopped. Farmers say that the government should provide drinking water on priority and irrigation water in the second place and after that, if needed, the water available to the industries should be stopped and efforts should be made to save agriculture from it.

Water will be available in nine and a half lakh acres from 39 reservoirs
Irrigation has been organized in an extension of 4 lakh 69 thousand 300 acres by providing water from Damanganga, Ukai, Juj, Keliya, Kakrapar and Gordha reservoirs of South Gujarat. Out of this, water is being provided from Ukai, Kakrapar, Damanganga and Gordha Weir. In this way, if there is no rain in the state of Gujarat, according to the important decision of the Chief Minister, water should be made available for nine and a half lakh acres out of 39 reservoirs to save the crops of those expansions where irrigation water has been demanded. Used to be.