Now Gujarat will also become the center of scrap of cars: 3 lakh vehicles will be recycled annually under the vehicle scrappage policy, 6 companies have signed MoU with the state government 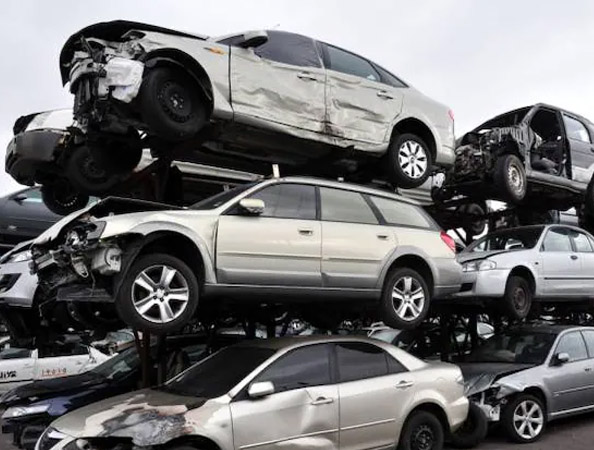 Tata Motors will set up a scrap yard with a capacity of 36,000 vehicles in Ahmedabad.

Bhavnagar of Gujarat is famous all over the world for breaking ships in Gujarat’s Bhavnagar i.e. for their recycling. At the same time, Gujarat is also going to become the country’s largest center for recycling of cars. Because, one third of the cars made in India are made in Gujarat. The Central Government has announced the Vehicle Scrappage Policy, due to which the state will now become the ‘Moksha Dham’ of cars across the country. With the announcement of the policy, the Gujarat government has tied up with 6 companies for recycling vehicles and it is estimated that these companies will recycle more than 3 lakh car scraps.

Prime Minister Narendra Modi today virtually announced a new vehicle scrappage policy in Gujarat. Seven companies including Tata Motors and Mahindra Recycling signed an MoU with the state government for recycling vehicles at the Investors’ Summit held at the time of the policy announcement. Out of these, 6 MoUs have been signed with the Government of Gujarat, while one is with the Government of Assam.

Photograph of Investors Summit held at the time of policy announcement.

These companies have signed MoUs

Over 3 lakh vehicles to be recycled annually in Gujarat
Chief Secretary MK Das said that under the agreement signed by the Gujarat government with 6 companies, more than 3 lakh vehicles will be recycled annually in the state. This will also provide employment to about five thousand people. Gujarat is an excellent place to invest, as various facilities like roads, roads, water, electricity, gas, railways, transportation are available in Gujarat.

Tata Motors to set up scrapping center in Ahmedabad
Girish Wagh, Executive Director and President, Commercial Business, Tata Motors said, “As an investment promotion activity, we have entered into an agreement with the Government of Gujarat. Tata Motors will set up a registered vehicle scrapping facility in Ahmedabad. This scrappage center will be a passenger and commercial scrappage facility. Vehicles will be for both.Up to 36,000 vehicles can be recycled annually in this center.