On Ashtami, there is an influx of faith in the Shaktipeeths of Himachal: Shri Nayana Devi, Brijeshwari, Kangra, Jwala Ji, Chamunda Devi, about 50 thousand devotees bowed down 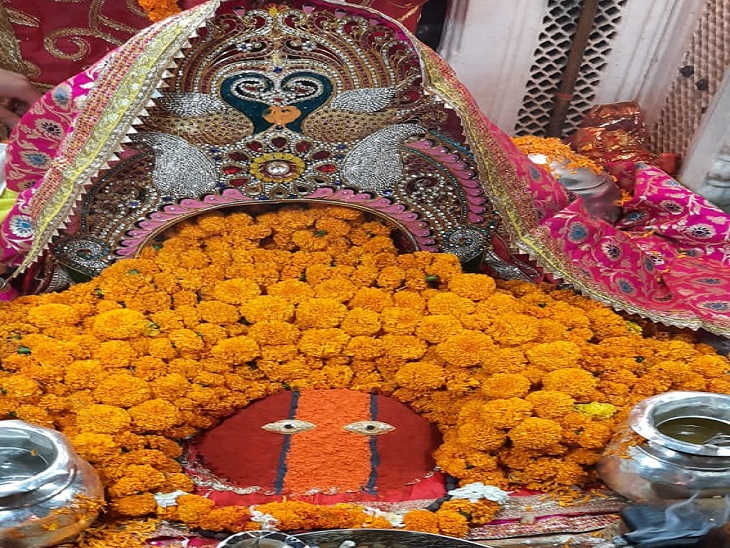 The makeup of Mata Shri Nayana Devi was done on the eighth Navratri.

On the eighth day of Sharadiya Navratras, there was an influx of faith in the Shaktipeeths of Himachal. The process of arrival of devotees continued from Wednesday morning, which continued till late evening. A large number of devotees reached the temples to pay their respects.

Around 10 thousand devotees reached Shri Nayana Devi till 2 pm, while in Jwala Ji temple 15 thousand, in Kangra Mata temple 10 thousand, in Chintpurni temple around 12 thousand and in Chamunda Devi temple also between five to six thousand. Arrived to take The flow of devotees continued till late night. Similar crowds are expected to increase in temples on Navami day as well. Let us show you through the photo the scenes of the crowd gathered in the temples…

Devotees standing in lines to bow their heads.

Crowds gathered for the darshan of the mother.

Devotees having darshan of Chamunda Devi.