Our state will win from Corona: 95% vaccine in Himachal, the department has set a target of 100% vaccination till 26 August 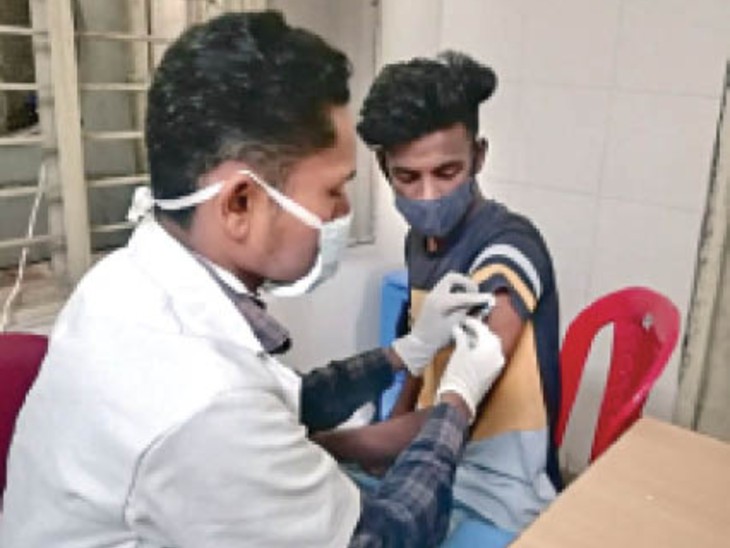 Himachal is just a short distance away from achieving the 100% target of vaccination campaign. (file photo)

Himachal is just a short distance away from achieving the 100% target of vaccination campaign. The state will become the first such state in the country as soon as two lakh people are vaccinated. The department has a stock of more than 5 lakh vaccines. Three lakh more new days have been received on Saturday. Now it depends on the districts how soon they are able to achieve this target, so that the state becomes the first state in the country where the first dose of COVID vaccine has been administered to 100% beneficiaries.

55 lakh people who are above 18 years of age are to be vaccinated. So far 53 lakh people have got the first dose of the vaccine for 52 lakh 65 thousand 932 people and 16 lakh 446 people have got the second dose. NHM Deputy Mission Director Dr. Barry said that there is no shortage of vaccines in the state, its full stock is available.

Here, 200 new cases in 24 hours, one died
On Saturday, 200 new patients of Karena infection have come positive in the state. Due to this the number of corona infection has increased to 211632. There are 2276 active patients. On Saturday, 12 in Bilaspur, 41 in Chamba, 24 in Hamirpur, 41 in Kangra, 7 in Kinnair, 5 in Kullu, 3 in Lahail Spiti, 51 in Mandi, 12 in Shimla, 3 in Salen and one patient have come positive. . 336 patients have defeated Kareena. The figure of those recovering has also reached near 2,05,5784. The recovery rate of Karena has been recorded at 97.12 percent in the state. One patient died on Saturday. The death toll reached 3547.