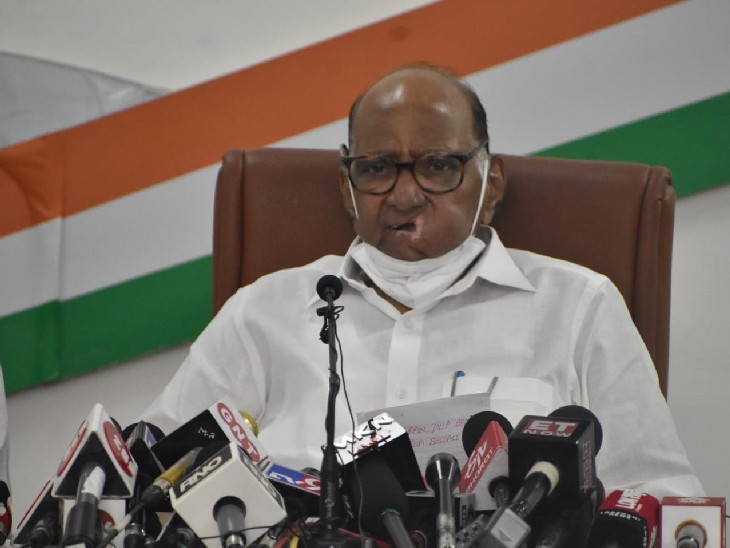 NCP Chief Sharad Pawar has accused the Center of misusing agencies like CBI, ED, IT and NCB. Pawar asked why the house of former Home Minister Anil Deshmukh was raided 5 times. I’m surprised What is the need of raiding the same house 5 times?

Pawar said such an atmosphere was created that Anil Deshmukh had to resign from his post. Today Parambir Singh, the former Mumbai commissioner who accused him is missing. People also have to understand this.

Attack on soldiers worrying: Pawar​
NCP Chief Sharad Pawar said that talks with China are being successful, but something else is being seen in Kashmir. The attack on soldiers in the Valley is condemnable and worrying. It is necessary for all parties to take a collective role on this. Rajnath Singh has called me and Anthony and briefed about what is going on at the border. We will work in unison on the security of the country. We should alert the public.

Alleged misuse of NCB in cruise ship case
Pawar has said that the BJP is misusing the NCB agency in the cruise ship case in which Aryan Khan, son of mega star Shahrukh Khan has been arrested. At the same time, earlier NCP spokesperson Nawab Malik accused the NCB of taking action in collaboration with the BJP.

Pawar said on Lakhimpur – no one listened to the farmers
Pawar said, the farmers had clearly told that the farmers were crushed by the car of the Union minister’s son, but the government was not listening. After 5 to 6 days, the government arrested the minister’s son after the matter went to the Supreme Court. I believe it is the responsibility of the Chief Minister of Uttar Pradesh and he cannot escape it. The Union Minister of State for Home should resign.

Case of withdrawal of 28.51 lakh from the account of Municipal Corporation: The accused got 2 lakhs in exchange for transferring the check, the accused was arrested from Maharashtra and recovered 2 lakhs