People gathered at Dooms Beach on Independence Day: Nature Park and Aquarium tickets were booked a week in advance, people who came to visit returned disappointed 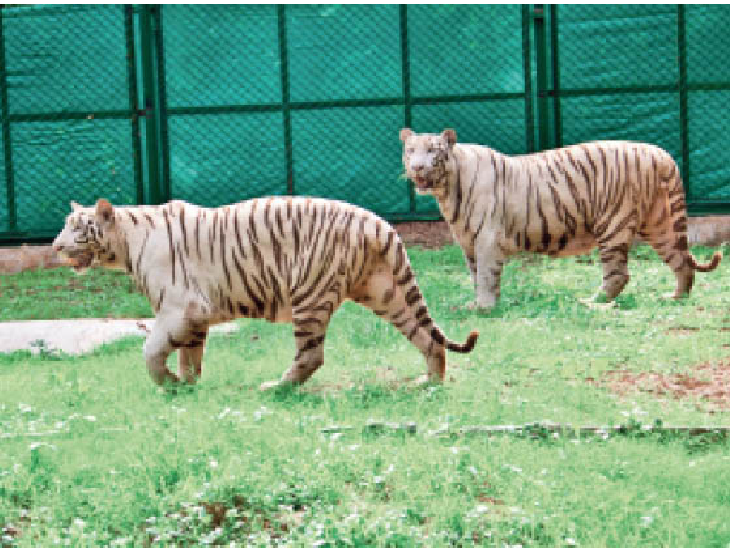 These two white tigers brought from Rajkot in Sarsana Nature Park were the center of attraction of the people who came to visit.

On the occasion of 15th August, thousands of people came out for a walk at Nature Park, Aquarium, Gopi Talav and Doomas in Surat. 400 people are allowed to roam in Sarsana Nature Park every day. Nature Park tickets were booked a week in advance for August 15. The same is the case with the aquarium. Every day 100 people are admitted here.

Its tickets were also booked in advance. In such a situation, people preparing to roam on 15th August were disappointed. However, a large number of people reached Gopi Talav and Doomas Beach for a holiday. Being a Sunday, the crowd had become so much that there was a situation of traffic jam at many places on the way.

people who went for a walk outside the house
People said that if the ticket limit was not fixed in the Nature Park and Aquarium, then the crowd would have been more. According to the information received from Nature Park, many people had come to take offline tickets, but they had to return due to the tickets being booked a week in advance. People who had been waiting for the holiday for a long time went out for a walk as soon as they got the holiday on 15th August. Most of the people of Surat went to visit places like Dang, Saputara, Daman and Ujjain.

People gathered when they got a chance to roam
Due to Corona, people got less opportunity to roam this time. On the occasion of independence in Surat, rallies were also taken out on the streets, which could not come out this time. Due to not being able to celebrate independence like before the Corona period, most of the people went out to visit the tourist place. Sunday is a holiday anyway. This time Sunday was also Independence Day. Seeing this, a large number of people came out to roam. More crowds were seen at Gopi Talav and Doomas Beach.