Police arrested with 3 kg of charas in Kullu: Mandi district youth was passing on foot in Rata Pohra, a consignment of drugs found in search; Efforts continue to reach suppliers 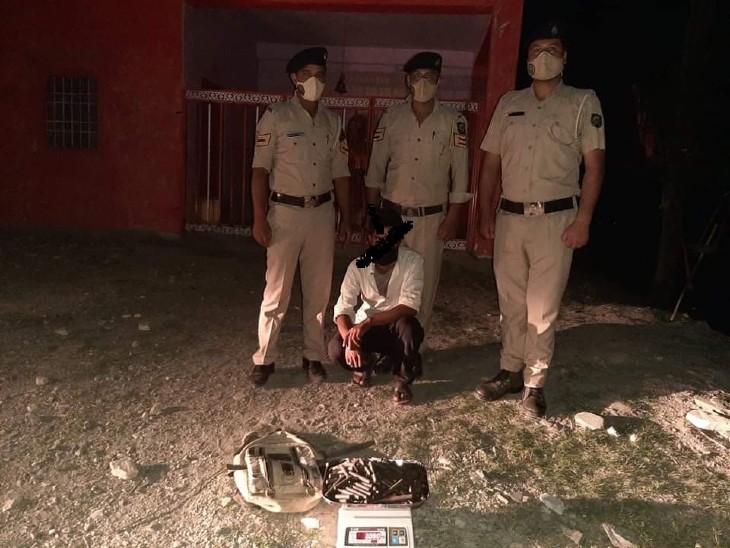 A youth of Mandi district was caught with a consignment of charas in Kullu.

On Friday, in Kullu, the police arrested one for drug smuggling. More than 3 kg of charas has been recovered from the accused. After registering a case against him, further investigation has been started that for how many days he is associated with this business and from where to where he used to supply this consignment of intoxicants.

The accused has been identified as Tek Chand, a resident of village Sangwa in Balichowki area of ​​Mandi district. According to the information received, a team of police of Banjar police station was on patrol under Pujali at a place called Rata Pohra. During this, a person was passing on foot, who was hesitant on seeing the police. When he was immediately arrested and searched, 3 kg 80 grams of charas was recovered from a bag with him. After this the police immediately arrested him.

In this regard, Kullu Superintendent of Police Gurdev Sharma said that after arresting Tek Chand, who was caught with charas, with immediate effect, the police have registered a case against him under Section 20 of the NDPS Act. Investigating officer Mahesh Kumar and his team members Head Constables Karam Chand, Sanjay and Ram Singh played an important role in this recovery. At present, the police is investigating how long this person has been smuggling drugs. From where did he get the intoxicants and where did he supply them?