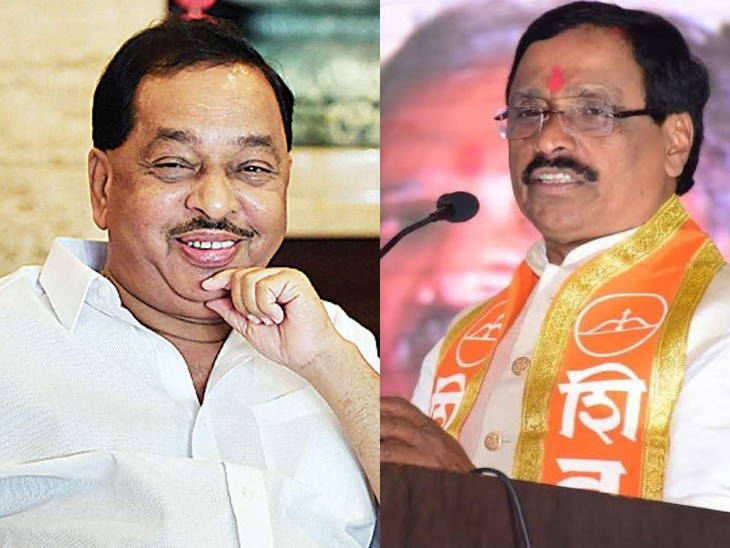 The Jan Ashirwad Yatra of Narayan Rane (left) will cover 560 kms through different parts of Mumbai. This is opposed by MP Vinayak Raut.

In Maharashtra, the ground for political confrontation has started getting ready before the elections of about 10 municipal corporations including Mumbai Municipal Corporation. The latest controversy has started with Union Minister Narayan Rane’s preparations to visit the memorial site of Shiv Sena chief Bal Thackeray at Shivaji Park in Dadar, Dadar, during the “Jan Ashirwad Yatra” on August 19. Shiv Sena MP Vinayak Raut took strong objection and said that a treacherous person like Rane does not have the moral right to visit the memorial site of Balasaheb.

To take on Chief Minister Uddhav Thackeray, BJP’s Chanakya has made Narayan Rane a minister in the Ministry of Micro, Small and Medium Enterprises in the central government. Since the BJP in any case wants to capture the richest municipal corporation in the country in the Mumbai Municipal Elections to be held in February 2022. Therefore, Narayan Rane, who has a grip on the task of conquering the Mumbai Municipal Corporation, especially in Sindhudurg district, has also been ordered to go on a “Jan Ashirwad Yatra” in the state like other ministers. Under this, from August 19, Rane is going to travel about 560 km, passing through the entire Konkan districts including Mumbai, in seven days.

Rane during the “Jan Ashirwad Yatra” at Shivaji Park on 19th August. Bal Thackeray’s memorial site. Therefore, strong opposition to him has started from Shiv Sena. Let us tell you that the entire “Jan Ashirwad Yatra” of Rane is going to pass through the areas of Shiv Sena’s influence. Therefore, he will have to carry forward this journey only with two hands from the opposition Shiv Sena. It is being told that in view of possible opposition from Shiv Sainiks, there will be a convoy of more than 500 vehicles in the yatra from Rane’s side.

“Jan Ashirwad Yatra” will pass through these areas of Mumbai

Signs of the Mumbai Municipal elections becoming violent and bloody have already started showing. Since the nature of Shiv Sainiks is aggressive and Union Minister Rane Tevar is also very aggressive. Therefore, it seems natural to have an election clash. Rane’s Shivaji Park As soon as the news of Bal Thackeray going to visit the memorial site, Shiv Sena MP Vinayak Raut came on the front and started challenging Rane. He said, “History is witness that wherever Rane stood against Shiv Sena, there Shiv Sena has emerged victorious. Because Shiv Sainiks have the power to defeat Rane.”

Raut said that Mr. There will be no other leader like Narayan Rane in the whole of Maharashtra who is dishonest with Bal Thackeray. Therefore, Shiv Sainiks will not allow such a leader to visit Thackeray’s memorial site. The Shiv Sena MP said that seeing in front of Rane, the strength of Shiv Sainiks increases. Therefore, even if the BJP gave the responsibility of not only Mumbai, Thane and other municipal corporations, then only Shiv Sena and Mahavikas Aghadi alliance would win the elections.