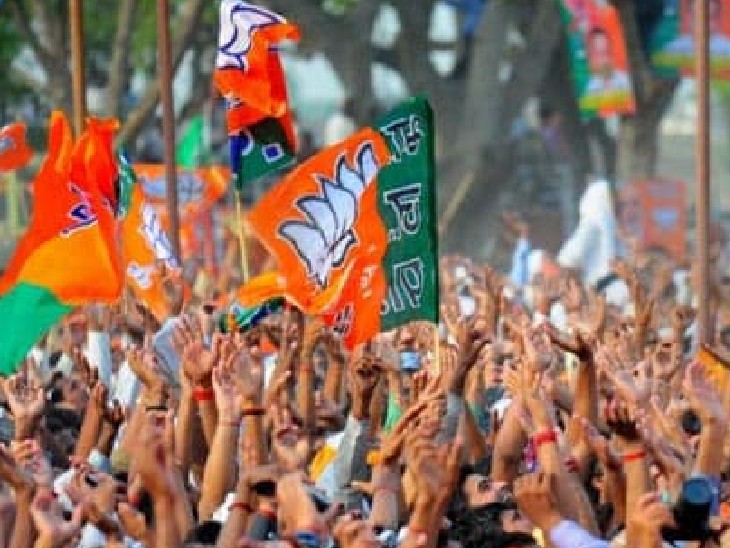 Union Ministers Mahendra Munjapara and Devusinh Chouhan have started Jan Ashirwad Yatra in the state on Monday. Its purpose is to communicate with people. Union Minister of State for Women and Child Development Mahendra Munjapra took out a vehicle rally from Ahmedabad, while Union Communications Minister Devusinh Chouhan started the yatra from Palanpur in Banaskantha district.

All the five ministers of the state who have been included in the Union Council of Ministers, including Union Health Minister Mansukh Mandaviya, will visit different parts of the state from August 16 to 20. Union Minister of State for Railways and Textiles, MP Darshana Jardosh started the journey from Karamsad in Anand district. She will visit Vadodara, Navsari, Bharuch, Surat and Valsad districts.

On the other hand, Congress will start the Kovid-19 Nyay Yatra in protest
The campaigning has started as the assembly elections are approaching. The BJP has entrusted the responsibility to five newly appointed Union Ministers of the state. At the same time, the Congress has started the Kovid-19 Nyay Yatra against the Jan Ashirwad Yatra of the BJP. Congress will organize a tribute program across the state and demand 4 lakh help to the families of those who died of corona. State President Amit Chavda said that people have died due to the negligence of the government. Congress will expose the government.