Promise to give the benefit of ‘Vocal for Local’ to Himachal: Union Information and Broadcasting Minister Anurag Thakur said – the whole world will taste the sweetness of our music, will promote sports in the state 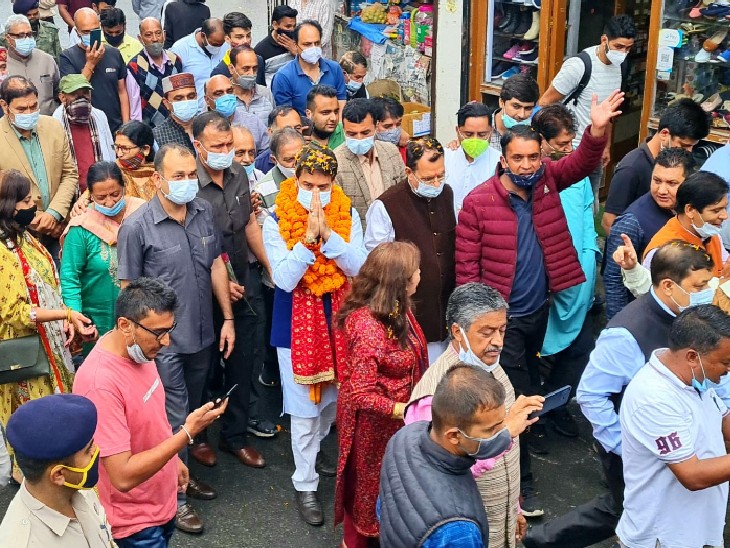 Union Information and Broadcasting Minister Anurag Thakur said that Himachal will always be indebted to him for the faith that Prime Minister Narendra Modi has shown for Himachal. The Prime Minister gave three budgets during the Kovid period, which are historic. He said that there is sweetness in the music of Himachal and the government would work to take this sweetness to the whole world.

Actually, Anurag Thakur has started Jan Ashirwad Yatra from Himachal Bhawan located in Chandigarh on the previous day. Anurag was in Shimla on Friday during this visit. He was warmly welcomed at the BJP’s state headquarters Deepakmal Chakra. BJP State President Suresh Kashyap, Minister Suresh Bhardwaj, General Secretary Trilok Jamwal, Office Minister Pyaar Singh Kanwar and all the office bearers welcomed him on reaching the BJP headquarters. Yuva Morcha welcomed him with the slogans of Anurag Thakur Zindabad.

After this, in the press conference, Anurag said that self-reliant India is not just a slogan. The greatest authenticity is to fulfill its practical potential. Vocal for Local is a big campaign of the government of the country, in this we have to promote all the local goods and culture of Himachal. There is a sweetness in the music of Himachal which is popular in the whole country. let us know our culture

Or to give We will not only save this heritage of ours from extinction, but will also take it to the whole world. He said that I have chosen the field of arts and culture in my resolve and have resolved to increase it. Our Himachal is Dev Bhoomi and this is a big reason why we have a very good culture. The paintings of our state can leave any impact in the world. We have to take them to the world. In response to the journalists, he said that wherever land will be available in the state, we will leave no stone unturned in promoting sports. It is better than political sarcasm in this subject that everyone should work in one voice to take Himachal forward.