Protest: Survey is necessary for the safety of 1400 surrounding buildings before excavation of metro tunnel, but the affected refuse 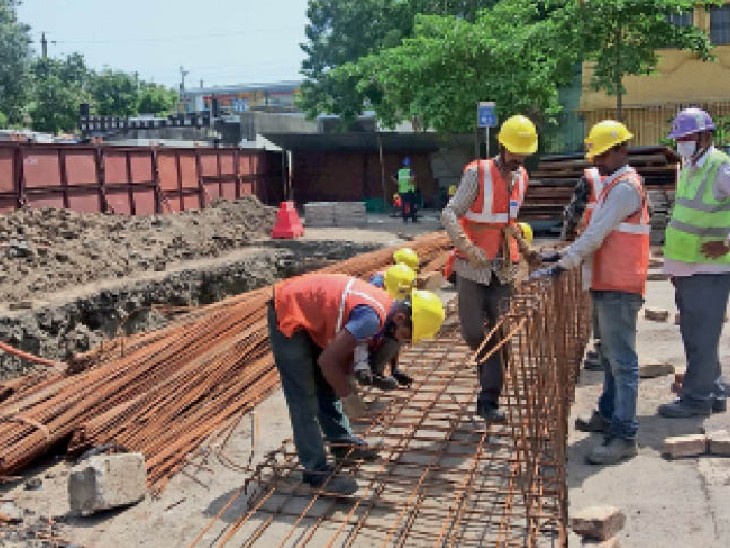 Banani tunnel for the route from Chowk Bazar to Surat station.

In Metro Line-1, the process of making about 6 km underground route from Chowk Bazar to Surat railway station is not progressing. To build the tunnel, it is mandatory to conduct a structural survey of about 1400 buildings on this route before the TBM launch, but people are protesting. The local people are not allowing the Metro officials to conduct the survey. They say that our homes should not come in danger. Metro administration says that from the inspection we will know how much effect the machines will have on the buildings.

With this, technology will be used according to the structure of the houses, so that they do not suffer any damage. Surat Metro Rail Corporation said that it is necessary to survey all the building structures parallel to the underground metro route, so that the houses can be protected. The local people have a misconception that their house will be demolished in the survey. Although it is not so. There are a total of 1400 buildings around the route. These include private and government buildings.

The effects of TBM on building structures will be surveyed to find out what kind of technology should be used for the safety of buildings. Right now primarily our junior officers are meeting people. They are explaining the whole process by giving letters, but people are not getting ready.

Metro officials should do whatever they want, they will not let the house survey
Sabir, who lives in Chowk Bazar, told that the metro people had come. Took pictures of his house and said that the structure has to be surveyed. TBM will run underground. We did not give them permission for the survey. Our house is old. We can’t take the risk. Let them do whatever they want, but we will not allow our house to be surveyed.

The notice was not given, the officers had come, we did not allow the survey
Malvin Thomas, who lives in Chowk Bazar, said- Part of my house is coming under the route of the metro project anyway. However, till now no notice has been given to us from the metro administration. Officers had come for the survey, but we have not given them permission. He said that this survey is for the underground route.

If the building is weak, we will protect it.
A Surat Metro official said that the people of the houses located around the underground route are afraid that with this survey we will demolish the weak building. His fear is unfounded. it’s not like that at all. If the building is found weak, then we will strengthen the machinery structure of the metro, so that there is no impact on the building. Apart from this, the entire monitoring team will be deployed. Monitoring scheme of each building will be made according to the individual design on the entire route.

We will send the team to people’s homes, tell them how important this survey is
There are about 1200 to 1400 buildings in the 6 km underground route of Line-1. These include government, private and shopping complexes. Surveying all is mandatory. People are not getting ready for this yet. Our Liaisoning team will explain them. Will also hold meetings with the prominent people of the society. Will tell everyone that we are not taking over, this is a survey for your safety. This will also keep your home safe.
– Satyaprakash Jha, Executive Director, Surat Metro Rail Corporation