Research will be done on cannabis growing in Malana, Kullu: The elements used in the use of medicines for paralysis and other diseases will be detected, Baddi’s private company will do research with Palampur Agricultural University 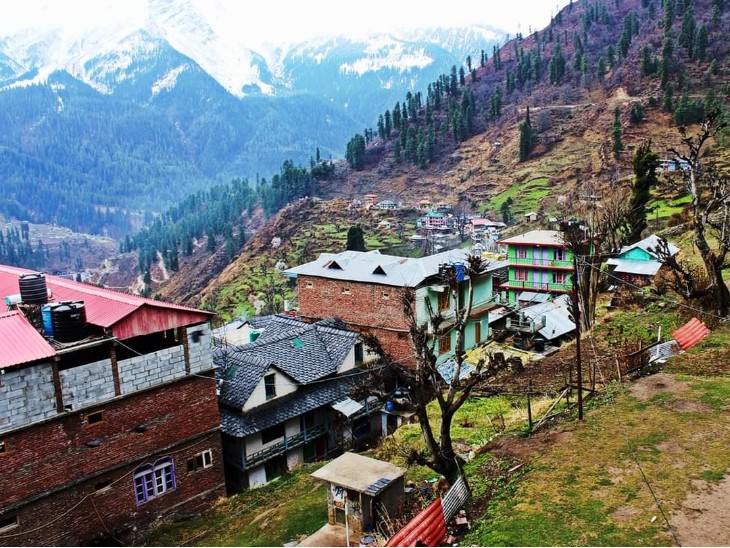 Malana village in Kullu district of Himachal Pradesh, where cannabis is famous all over the world.

Research is about to start on cannabis grown in Malana in Kullu district of Himachal. Green Life Company of Baddi, an industrial area located in Solan district, will search the cannabis plants growing here in collaboration with Agricultural University Palampur. The company has signed an MoU with the Agricultural University. Scientists will remove its intoxicant elements and promote its medicine element and give a new breed. The government is also going to get the green signal for this research soon. As soon as the green signal is received, the research work will start. This is the first of its kind research in Himachal, in which research will be done on cannabis plants.

Many such compounds are found in cannabis that are used in medicines. Research is being done on cannabis in foreign countries as well, but research is not being done anywhere on the cannabis plants found in India. In such a situation, for the first time such research is being done in Himachal. So that the name of India will also be elevated. Green Lab Company, which will do research on this, is a New Zealand company and has a branch in Baddi. Significantly, cannabis is used for medicine for paralysis. But people mostly use it for intoxication. In such a situation, after this research, if the company is successful in removing the intoxicant elements from the cannabis plants, then the demand for cannabis grown in Malana, Himachal will increase abroad.

Hemp found in Malana is rich in natural elements
The cannabis plants that are found in Malana, located in the Kullu district of Himachal. They are full of natural elements as snow falls here and till now the country of Malana is far away from the glare of the world. In such a situation, the climate here is completely clean. There is no pollution, but cannabis grown in Malana is still used for illegal drug smuggling. If the medicinal elements are detected in the research, then people will start cultivating it, till now it is only destroyed.

Research work is getting delayed due to corona infection
It is worth noting that the work of this research was to start long ago. But this research work has been delayed due to corona infection and it is starting late. There are many ingredients in cannabis that are used in many types of medicines. So far only a few elements have been detected. There is still no information about many elements in this, so this research will be done on this and after positive results, those elements will be used in medicines.

Democracy of Malana village is the oldest democracy in the world
The history of Malana village is very old, long time ago Jamlu Rishi used to live in this village, it was he who made the rules and regulations of this village. The democracy of this village is the oldest democracy in the world. It is believed that Jamlu Rishi was worshiped even before the Aryans. The residents of Malana are believed to be descendants of the Aryans. The language of Malana appears to be a mixture of Sanskrit and several Tibetan tablets but does not correspond to any language or dialect spoken nearby.

The cannabis here is known worldwide as Malana Cream.
The cannabis prepared for Malanashe is famous all over the country and the world. The cannabis here is sold in the market under the name of Malana Cream and is also very expensive. The reason for this is the high quality oil found in the church here. Although the local police and administration run campaigns here from time to time, but in spite of that, business worth lakhs of crores of rupees is done here every year. Cannabis is also smuggled from here to foreign countries.