Road accident: 12 people injured in accidents on the day of Rakshabandhan, accidents in different areas, no death 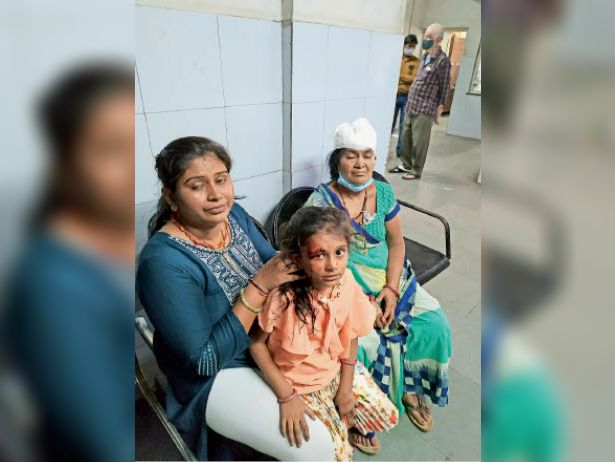 On the occasion of Rakshabandhan, there have been many cases of accidents of sisters and brothers who came out of the house for Rakhi. More than 12 accidents took place in different areas of the city. However, no death has been reported in anyone. In Hazira too, in a truck accident, the truck driver is undergoing treatment at the Civil Hospital in a critical condition. In the last Raksha Bandhan incidents, more than half a dozen people died. Whereas more than two dozen cases of accident were also seen.

Manjulaben, 50, a resident of Utran, had left for Doomas at brother Vibhor’s house on a bike along with son Vijay (30) and granddaughter Priyanshi (7). The bike slipped in Piplod at 3 pm. All three were seriously injured in this. Manjula and Vijay suffered serious head injuries, both of whom are in critical condition. While Priyanshi suffered a serious injury around the eye. All are in civil hospital.

Two brothers injured in the accident, were going to Mumbai with a coal truck
Ramesh Sahu and his brother Rajesh Sahu, who were injured in the accident, are both residents of Madhya Pradesh. Both had come to Surat 2 years ago. Ramesh started driving. While Rajesh is the cleaner on the truck with him. The family members live in Madhya Pradesh. On the occasion of Rakshabandhan from Hazira on Sunday morning, both the brothers had left for Mumbai with a truck loaded with coal. The accident took place due to a collision with a trailer parked on the side of the road at 5 in the morning.