Road accident: Truck and private bus overturned near Jabali, 20 people including a two-month-old girl in the bus injured 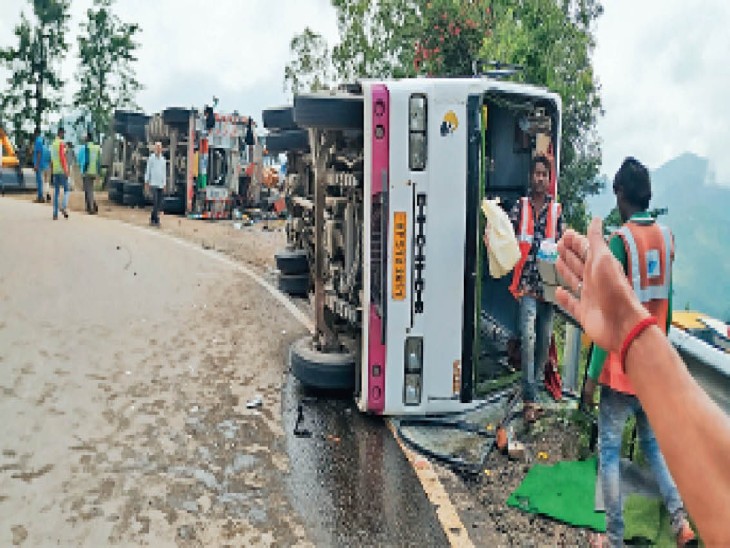 A two-month-old girl, including twenty passengers, were injured when a truck and private bus overturned near Jabali on Kalka-Shimla National Highway 5 at around 11 am on Sunday. As soon as the information about the accident was received, the police, local people and fourlane highway patrolling team took out the passengers from the bus and took them to CHC Dharampur. Where six injured have been referred to Solan.

According to the information, a truck of Rajasthan number was going towards Chandigarh carrying apples from Shimla. The truck overturned on the road after colliding with the private bus running ahead due to which the bus also overturned. Twenty passengers on the bus who sustained injuries were taken to CHC Dharampur. The bus was going from Solan to Kalka and had about 32 passengers including the driver and conductor. The truck driver and the people sitting with him are said to be absconding from the spot. While a person was sitting in the side of the road, he got injured when apple boxes fell on him. Police have registered a case and started proceedings.