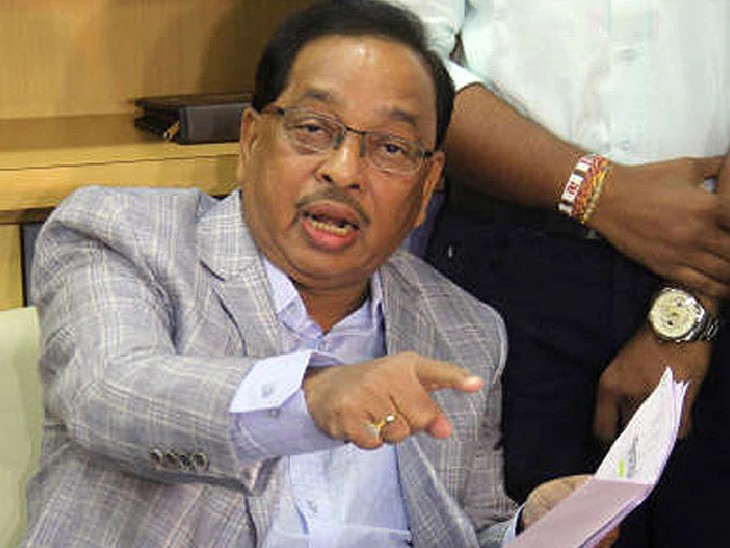 After Narayan Rane’s statement, FIRs have been registered in Pune, Mahad, Aurangabad, Raigad and Nashik.

The objectionable statement made about Chief Minister Uddhav Thackeray may cost the Minister of Micro, Small and Medium Enterprises Narayan Rane dearly. FIRs have been registered in Pune, Raigad and Nashik on Rane’s statement. Pune and Nashik police have also issued warrants for their arrest. It is also coming to the fore that a team from Chatushrugi police station in Pune has left for Chiplun in Raigad for the arrest of Narayan Rane. Narayan Rane is here since Monday for the Jan Ashirvad Yatra.

Police will have to follow protocol during his arrest as Rane is a Rajya Sabha MP. After Rane’s arrest, this information will be given to Rajya Sabha Speaker and Vice President Venkaiah Naidu. The police will give this information to them in Hindi or in English. Shiv Sainiks are looking aggressive after Rane’s statement. Around half a dozen Shiv Sena workers pelted stones at the BJP office in Nashik.

This picture is of Chiplun in Raigad. Heavy police force has been deployed outside a resort here.

There was talk of slapping under the ear
Narayan Rane is on Jan Ashirwad Yatra these days. On Monday, reporters in Mahad were asked whether CM Uddhav Thackeray was confused about the Amrit Mahotsav or Diamond Festival in his speech on Independence Day. On this, Narayan Rane targeted Uddhav Thackeray and said, ‘How many years has passed since the country got independence… Hey Diamond Festival what? I would have put it under the ear. He further said, ‘You should not know about Independence Day? How annoying is this. It is not understood who is running the government. When Rane was using such language, opposition leader of the Legislative Council Pravin Darekar was also present there.

I am a Union Minister, I know the law perfectly

On the warrant issued by the police, Narayan Rane said that I do not have any official information in this regard. I have not received any notice from the police. I have not committed any crime and I am not aware of any FIR. I am a Union Minister and Rajya Sabha MP, so I know very well what the law is.

Giving clarification on his statement, Rane said that CM Uddhav Thackeray had told BJP MLA Prasad Lad that we will slap him in such a way that he will not be able to stand on his feet. In response to this, I had said to play under his ear. If there is an FIR against me then why was the case not filed against the CM. Let us inform that Prasad Lad had talked about demolition of Shiv Sena Bhavan a few days back. However, he later withdrew his statement saying that he had distorted the statement.

Rane further said that due to jealousy, work is being done to stop my Jan Ashirwad Yatra.

Does Uddhav even have the right to speak?
Referring to Corona, Narayan Rane further said, “More than one lakh people died in Maharashtra. No plan, no remedy, no vaccine, no doctors, no medical staff to control it. The situation in the health department of Maharashtra is appalling. Do they even have a right to speak? They should have a secretary beside them and speak with advice.”

3 FIRs registered against Rane
Regarding Rane’s statement, Shiv Sena office-bearer Sudhakar Badgujar of Nashik had lodged an FIR at Mahad police station in Nashik. In his complaint, Sudhakar said that Uddhav Thackeray is the Chief Minister and holding a constitutional post, so the statement made about him is an insult to the entire state. An offense under sections 500, 502, 505 and 153 (A) has been registered against Narayan Rane on Sudhakar’s complaint.

The complaint further said that Rane’s statement may create hatred and rift in the society and may lead to law and order problem. Thereafter, the Nashik Police has issued an arrest warrant against Rane.

After this, the Yuva Sena secretary Rohit Kadam has registered a case under sections 153, 153 B(1)(C), 505(2) of the IPC at Chatushrugi police station in Pune. A similar case has also been registered in Raigarh.

‘Chicken Chor’ posters put up against Rane in Mumbai
After this statement of Narayan Rane, Shiv Sainiks put up posters against Rane in Dadar area of ​​Mumbai overnight. In the poster, Narayan Rane’s picture was written with ‘Kobandi Chor’ i.e. ‘Chicken Chor’. There was talk of Shiv Sena workers gathering and protesting outside Rane’s residence late in the night.