Schools will remain closed in Himachal Pradesh till August 28: In view of the spreading corona infection among children, the state government has decided, teachers and staff members will come 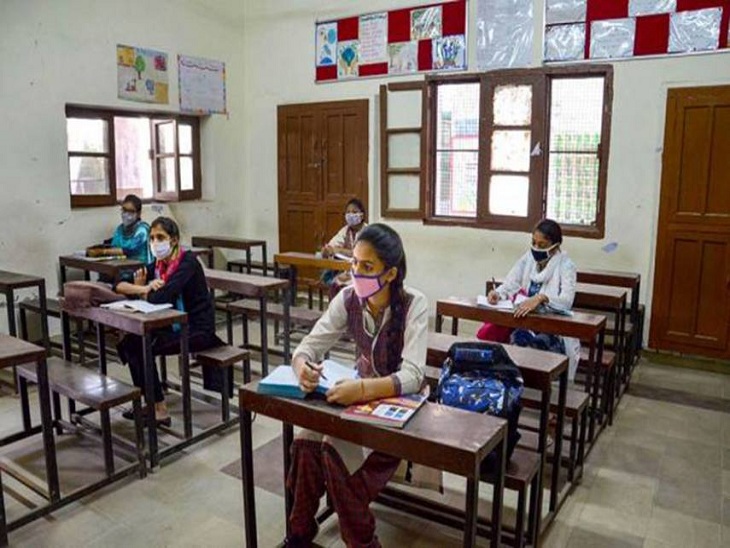 Students sitting with social distancing in school in Himachal Pradesh.

In view of the increasing cases of corona infection, the Jai Ram Thakur government has decided to close the schools in Himachal till August 28. Himachal Pradesh Chief Secretary Ram Subhag Singh has issued orders in this regard. Earlier it was decided to keep the schools closed till August 22, but now this date has been extended.

However, 29th and 30th August is a government holiday. In such a situation, the schools will remain closed till August 30. Apart from this, orders have also been issued for teachers and non-teachers. It states that all teachers and staff members will attend schools regularly except on government holidays. Students will be made to study online from schools itself.

The arrangements made earlier for the students of class 5th and 8th to consult the teachers in the schools will remain prohibited. Teaching and non-teaching staff coming to the school will have to follow the SOP. On the other hand, there has been no talk in the orders regarding ITI and coaching centers, so they will remain open as before.

Cases of infection are increasing continuously in Himachal

Cases of corona infection are increasing in Himachal. On Thursday also 297 new infected patients have been found. The number of active patients has exceeded 2600. In such a situation, the government has decided to close the schools. At the same time, registration on e-pass has been made mandatory for people coming to Himachal from outside.