Scrub typhus also became a threat along with corona in Himachal: 30 patients still admitted in IGMC, 95 people have been infected this year; Villagers working in the grass are coming in the grip 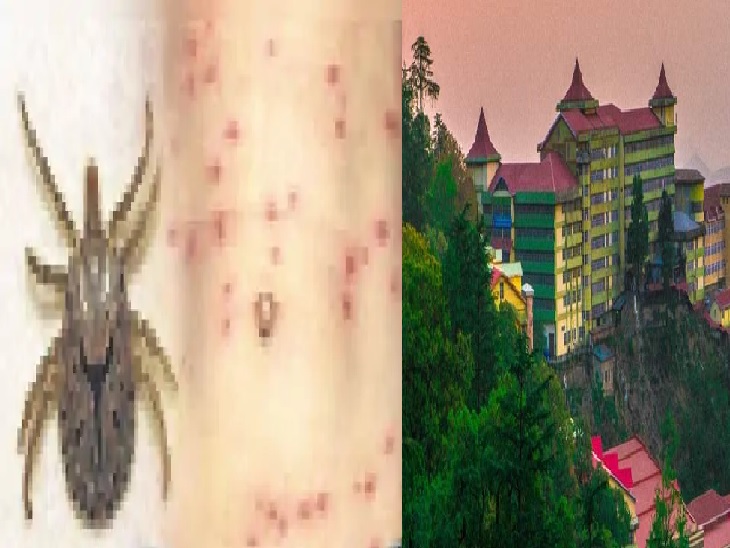 The cases of scrub typhus are increasing rapidly in Himachal Pradesh.

Now the patients of scrub typhus have started coming along with the corona infected patients in Indira Gandhi Medical College (IGMC), the largest hospital of the state. So far this year, 95 people have been diagnosed with scrub typhus, out of which 30 patients are still under treatment at IGMC. In such a situation, the doctors of IGMC advise that people should take special precautions against this infection so that there is no risk of life. Every year many people also die from scrub typhus due to delay in treatment. The rainy season in Himachal Pradesh lasts from June 15 to October 15. In such a situation, people in rural areas go to work among the grass. There he becomes a victim of scrub typhus. Every day three to four cases of scrub typhus are coming to IGMC. It has been a relief that no patient has died of scrub typhus so far this year.

Scrub typhus is caused by insect bites
Scrub typhus is a disease that is a seasonal disease in animals. When the villagers go out to cut grass in the rainy season, the villagers get infected with this disease due to insect bites. Farmers, gardeners, people working in fields and gardens are more prone to this disease. Mice found in farms are the main cause of infection. This disease does not spread from one human to another.

Headache, high fever, cough, vomiting are the main symptoms
A sick person gets high fever due to scrub typhus. Symptoms include headache, muscle pain, shortness of breath, cough, and vomiting. In some cases red marks also appear on the body. Scrub typhus can cause fever from 104 to 105 degrees. Medical advice should be sought immediately if such symptoms occur.

Scrub typhus can be avoided by adopting minor measures
According to senior doctors of IGMC, farmers should keep their hands and feet covered while working in the fields. One should take bath after working in the fields, cleanliness should be maintained around the house. If there is a red mark on the body, then it should be immediately examined. Scrub typhus is treated free of cost in the hospital. If the patient reaches the hospital in time, he can be cured. More cases come from Upper Shimla.