Sensation from two deaths in Pune: Bodies of woman and man found in Pimpri chinchwad without clothes from the lodge room, man hanged with woman’s sari 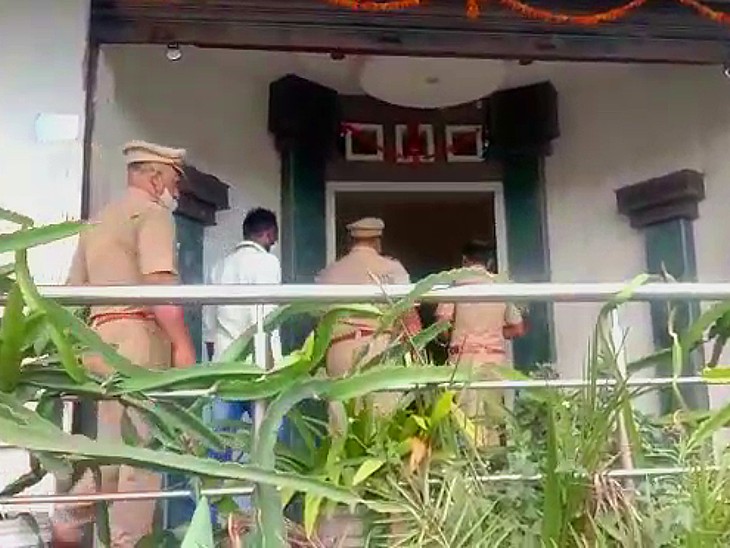 When the door of the room did not open for 24 hours, the manager of the lodge broke down the door and their bodies were recovered.

The bodies of a woman and a man were recovered from the room of a lodge in Pimpri Chinchwad, adjoining Pune, on Thursday evening. The body of the woman was lying on the bed and the body of the man was hanging from the fan. Both had no clothes on their bodies and the man hanged himself from the woman’s sari. There was no force entry in the room and looking at the condition of the body, it seems that the man first strangled the woman to death and then hanged herself for fear of being caught. Prima facie it seems to the police to be a case of illicit relationship. The post-mortem report coming today can make the situation more clear.

The incident is of Atharva Lodge located in Dighi’s Magazine Chowk. Dighi police reached the spot and did a panchnama of the spot and took the body in possession and sent it for post-mortem. The police have not recovered anything suspicious from their bodies. Therefore, the police is denying the theory of killing them by coming from outside.

Both the deceased and the woman’s husband are criminals
According to information received from Dighi police station, the body of a person named Prakash Mahadev Thosar (28) was found hanging from the fan. The 30-year-old woman found dead is also a resident of Dighi area. Investigation has revealed that Prakash and the woman had a love affair for the last few years. Some criminal cases are also registered against Prakash. The police have also come to know that the woman’s husband is also an accused in many cases and is in jail for the last several days in one case.

The death of both of them was found
Both came to this lodge at three o’clock on Wednesday afternoon. After that he did not come out of the room. The manager went to the room to talk about check out on Thursday afternoon. At that time the door was locked from inside. When the security guard of the lodge opened the door, the woman was lying on the bed. While Prakash Thosar was seen swinging from the fan with the help of a sari. Both were completely naked. The manager informed the Dighi police about this incident.