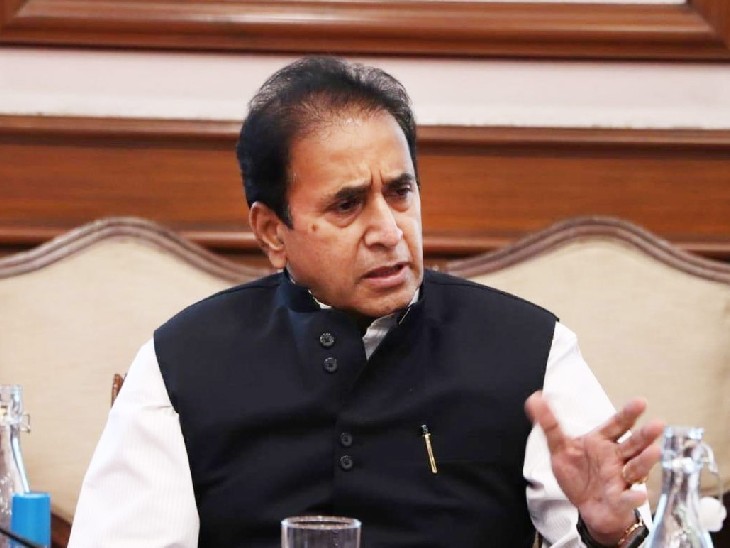 Anil Deshmukh was summoned several times by the ED for questioning but Deshmukh did not appear.

The troubles of former Maharashtra Home Minister Anil Deshmukh are about to increase. In a major setback to him, the Supreme Court on Monday refused to stay the probe initiated by the Enforcement Directorate. The ED had arrested Deshmukh’s PA and PS recently by registering a case of money laundering. Despite being summoned four times, Deshmukh has not appeared before the ED in this case. Every time his lawyer Inderpal Singh reached the ED office and expressed his inability to appear before 75-year-old Deshmukh.

Deshmukh had sought the Supreme Court to suspend the investigation, stay the arrest and quash the summons. Now after the dismissal of the petition, the sword of arrest seems to be hanging on Deshmukh. Rejecting Deshmukh’s demand, the Supreme Court said that legal remedies can be taken only by staying within the legal provisions. They should appeal to the local court of Mumbai for pre-arrest bail. Only the local court takes decisions in this regard. The Supreme Court cannot help them in this.

Property worth 4.7 crores has been attached
Even before this his wife and son have been called for questioning, but they did not appear even once for the hearing. ED has seized assets worth 4.20 crores by raiding several places of Anil Deshmukh. The ED had claimed that Anil Deshmukh got Rs 4.70 crore recovered from the bar owners by police officer Sachin Waje. Sachin Waje gave this amount to him. Anil Deshmukh invested this amount in his business.

Deshmukh had leveled serious allegations against ED
Anil Deshmukh, in his letter to the ED, had also accused the probe agency of misusing its power and authority during the course of action. He had said that till now I have not been given a copy of ECIR from ED or any document. From which it is clear that this summon has been sent only to create sensation in the media. The summon sent by the ED a day before the hearing in the Supreme Court has strengthened my fear that the investigation of the ED is not being done in a fair manner.

Earlier, a setback has also been received in the case of CBI.
Earlier, the Thackeray government had moved the court in the Anil Deshmukh case. The CBI had registered a case against Anil Deshmukh. The state government had demanded that the two paragraphs related to this case be canceled. The state government had filed a petition in the Bombay High Court for this. But this petition was rejected by the Bombay High Court and now the Supreme Court has also given a setback to Deshmukh in the ED case.

CBI is also investigating Deshmukh
Former Mumbai Police Commissioner of Police and presently Home Guard DG Parambir Singh has accused Anil Deshmukh of extorting Rs 100 crore, for which Anil Deshmukh had to resign as the Home Minister of Maharashtra.

In this case, the CBI had first registered a case against Deshmukh and then after getting information about the money trail in it, the entry of ED took place. ED has registered a money laundering case against him. CBI has also raided Deshmukh’s premises twice.

Deshmukh’s PA and PS have been arrested
Deshmukh’s PA Sanjeev Palande and PS Kundan Shinde were arrested in this case, both of whom are currently in the custody of the central agency. They are accused of helping Deshmukh in money laundering. Deshmukh had written a letter to avoid ED’s questioning.

ED had seized two properties of Deshmukh
In the same case, 15 days ago, assets worth Rs 4.2 crore of Deshmukh and his family were attached. This includes a flat in Nagpur and a land in Panvel. Deshmukh’s PA Sanjeev Palande and PS Kundan Shinde were arrested in the same case, both of whom are currently in the custody of the central agency.

Investigation started after Parambir Singh’s allegation
This case is related to the allegations of recovery against Deshmukh. Former Mumbai Police Commissioner Parambir Singh, in a letter to state Chief Minister Uddhav Thackeray about two and a half months ago, alleged that Anil Deshmukh had given a target of recovery of Rs 100 crore to suspended Mumbai Police officer Sachin Wajhe every month.