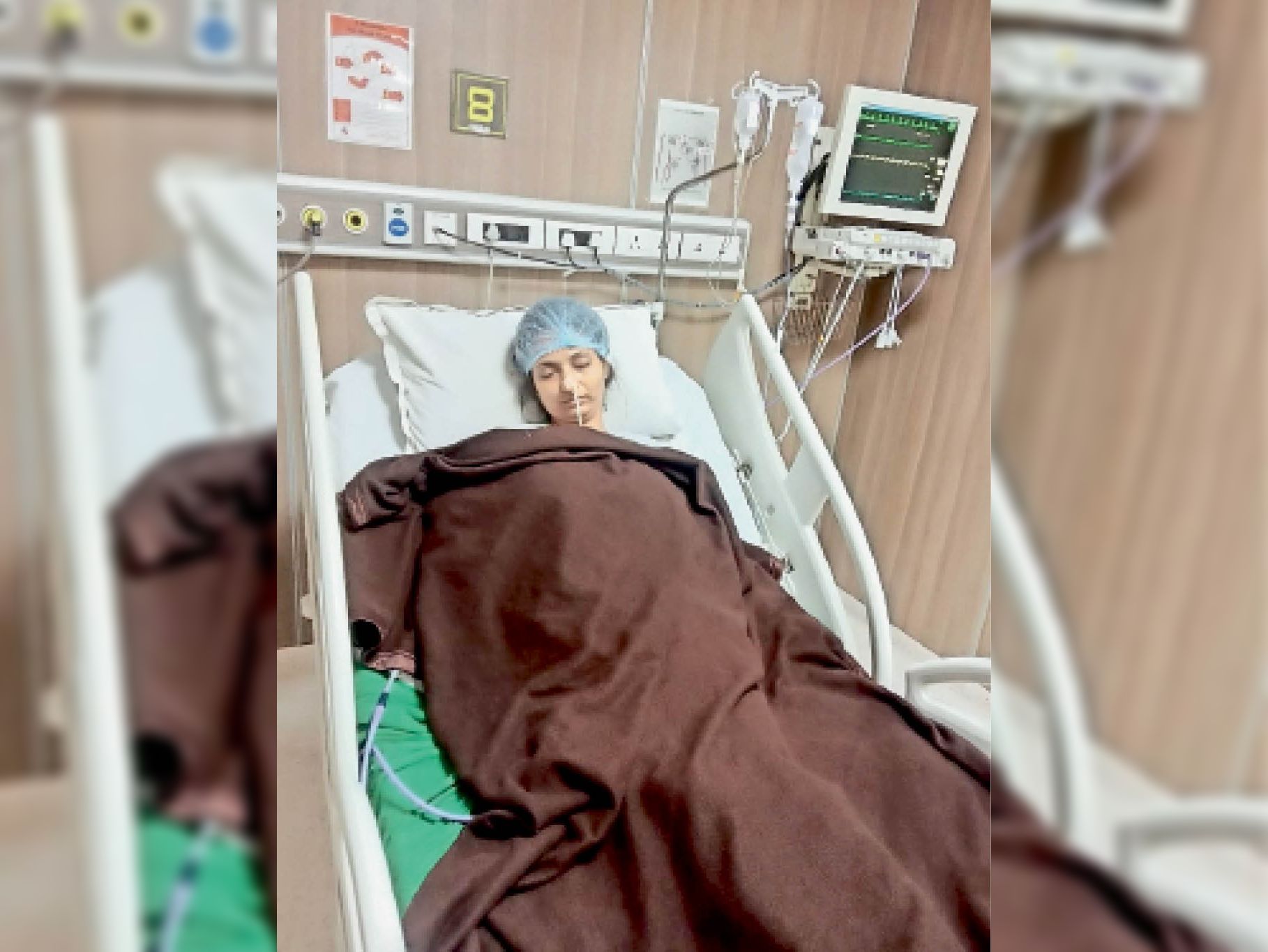 Dr. Darshana admitted to the hospital.

A heart-wrenching incident has come to light in Katargam. A female doctor killed her sister and mother by injecting a toxin called Medazolam and herself tried to commit suicide by taking 26 sleeping pills. On Sunday morning, when the brother came to Surat from Mumbai to get Rakhi tied, seeing mother and both sisters unconscious, he was rushed to the hospital. Where the mother and younger sister were declared dead by the doctors. While the doctor sister is undergoing treatment in a serious condition.

In a statement given to the police, the woman doctor who was taking treatment told that she was upset with life, that is why she tried to commit suicide. But what will happen to mother and sister after me, thinking that she loves them very much, thinking of giving them injections too. So that all three die. Although the mother and sister died, the doctor survived. In this case, the police have sent both the bodies to the hospital for post-mortem. Where the forensic PM of both the bodies was done. According to the information, Manjulaben Kantilal Sodangar of Prajapati Samaj living in Sahajanand Society located in Katargam Dhanmora area belonged to the original Pashvi, District Jamnagar. She lived in Surat with two daughters, 30-year-old Dr. Darshana and 28-year-old teacher Falguni. Manjula’s husband Kantilal has been living separately from the family in Mumbai for 20 years. He is engaged in the business of readymade clothes. A son Vaibhav also lives in Mumbai with his wife and does camera, computer repair work. Manjula lived in Surat with daughters.

Elder daughter Dr. Darshana is a BAMS doctor and runs a private homeopathic clinic in Raman Nagar. The younger daughter was a teacher in Vivek Vidyalaya located at Falguni Wade Road. Late on Saturday night, Dr. Darshana injected poison to mother Manjula and sister Falguni and herself took 26 sleeping pills early in the morning. This made the condition of all three critical. Darshana had given an injection of poison late night on the pretext of treatment on the complaint of mother and sister having pain in the body. She herself had taken sleeping pills in the early morning.

When brother Surat came from Mumbai to tie Rakhi, all three were found unconscious in the house, all were immediately taken to the hospital.

Wrote in suicide net – I am troubled by life
Police have found a suicide note written before the suicide near Dr. Darshana. In this he has mentioned that his brother and sister-in-law are not responsible behind this incident. Darshana has written in the suicide note that I have become troubled with life, my father lives separately from us. It was becoming difficult to maintain the house. At present, the police is seriously investigating this whole matter. Taking possession of the suicide note, the police have started investigation on the basis of it.

Bhai Vaibhav came to Surat from Mumbai on Sunday morning for Rakshabandhan and when he reached home, Mata Manjulaben was shocked to see both sisters Darshana and Falguni unconscious. In a hurry, all three were taken to Kiran Hospital. Where the doctors declared Mata Manjula and sister Falguni dead. While Darshana has been admitted in critical condition. On getting information about the incident, all the police officers including ACP Chavda, PI Chaudhary of Chowk Bazar police station, PSI reached the hospital.

In the preliminary inquiry by the police, it was found that Dr. Darshana had become disturbed with her life. But she loved her mother and sister very much. In such a situation, she wanted to finish them with her too. Police have started further investigation by registering a case of murder against Dr. Darshana. At the same time, the bodies of Manjula and Falguni have been sent to Smimer Hospital for forensic PM. Preliminary investigation revealed that Darshana had given an injection called Midazolam to both of them.

Will arrest him after discharge

A case of murder has been registered against the girl. He is undergoing treatment. His condition is said to be stable there. He will be arrested after he is released from the hospital in two to three days. He had given injection to mother and sister in the name of pain in extremities and had himself taken 26 sleeping pills. – AA Chaudhary, Police Inspector, Chowk Bazar