Shocking video of murder in Gujarat: In Bharuch, the young man kept pleading for his life, but the killer kept stabbing, slit his throat even after 18 stabbings 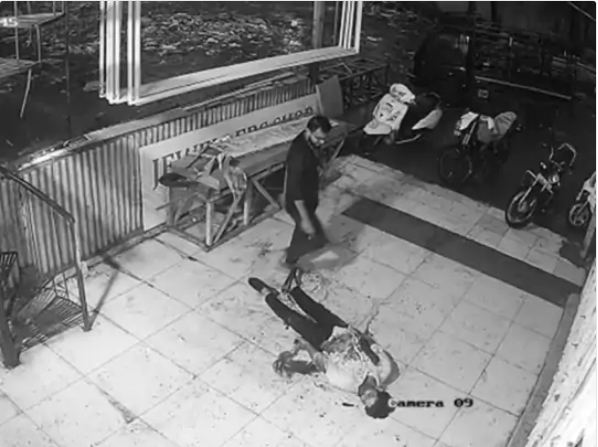 CCTV footage of the murder.

This shocking case is of Soneri Mahal area of ​​Bharuch city of Gujarat. Here a young man murdered another youth by stabbing him with knives and slitting his throat. The reason for the murder has come to light that the deceased had illicit relations with the wife of the killer. Due to this, Hussain Zahiruddin Mansoori mercilessly killed his own friend Azharuddin Mansoori. The police have taken the accused into custody.

He also slits his throat after stabbing him 18 times
The CCTV of this incident which took place on Tuesday has now come to the fore, in which this whole bloody game is imprisoned. However, the police had arrested the accused on Wednesday itself. It can be seen in the video that Azaruddin comes running and in the meantime falls on the ground. Running from behind, Zaheeruddin also comes and stabs him in the chest. Azharuddin is seen begging for his life, but Zaheeruddin’s heart does not break. Not only this, after making 18 strikes of the knife, his throat also gets slit on the way.

The killer and the deceased were friends.

Illegal relationship with wife became the reason for the murder
According to information received from the police station of Bharuch Shahar A-division, Zaheeruddin has confessed to his crime. When he was asked the reason for the murder, he told that the deceased was his good friend. But for some time he had an illicit relationship with his (deceased) wife. The accused says that before this he had explained to Azharuddin many times, but he did not agree. Because of this he was put to death.