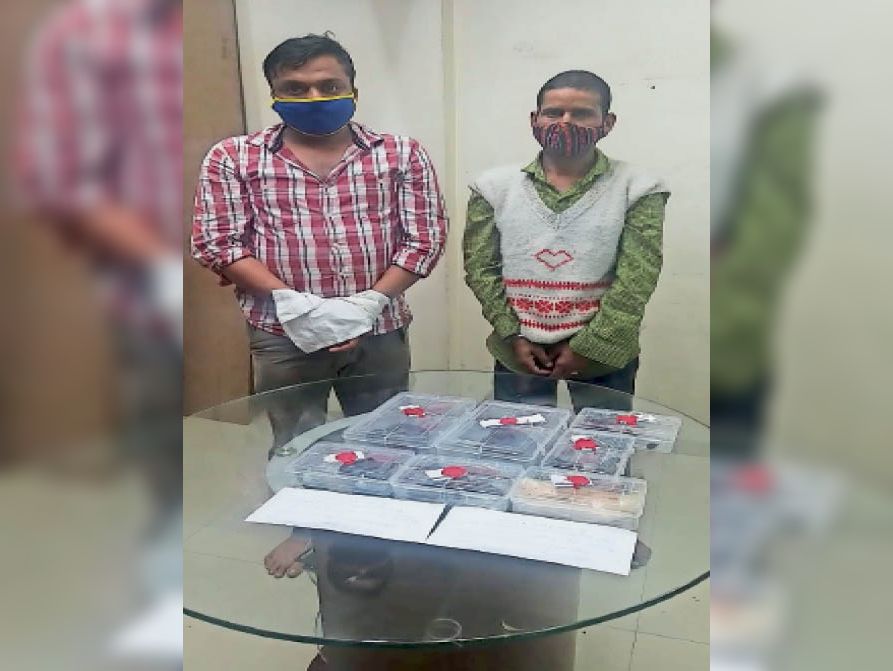 Simultaneously, 488 kg of charas was seized from the accused after being searched. During interrogation, it was found that a racket of selling charas is being run from Himachal Pradesh to Surat. The recovered charas was supplied by the accused Pirsing, Ruplal and Motiram living in Himachal. This charas was brought to Surat from the said accused. The accused Hukram had come to Surat to give this charas.

Campaign under ‘No Drugs in City’

Police is running ‘No Drugs in City’ campaign in the city. Even 3 months ago, the police had caught three accused with charas worth 23.42 lakhs near Abrama check post in Amroli. This batch was also brought from Himachal Pradesh itself. Police is investigating till Himachal Pradesh.

The son of a cloth merchant, Rahul used to supply charas to underage children, especially in Bhatar, Varachha and Vesu areas. The charas of Mal Malan Cream and Kasol is very strong. He used to sell 10 grams of charas in a plastic bag near his house for Rs 3500 to 5000. Customers of 100 good houses were in touch with Rahul.

The son of a cloth merchant has done B.Com in Anand. He got addicted to drugs with college students in Anand. The young man was thrown out of the house by his parents due to the intoxication of charas. He had a habit of quarreling over small matters. This upset the parents. During college, when he had gone to Himachal Pradesh on tour, he was identified with the charas sellers.

After this, staying in his contact, started ordering charas in Surat. Twice a month he used to ask for charas in Surat. He lived in a rented house of 17 thousand in Gunatit Nagar Society on Bhatar Road. That’s why he used to work as a mechanic in partnership.