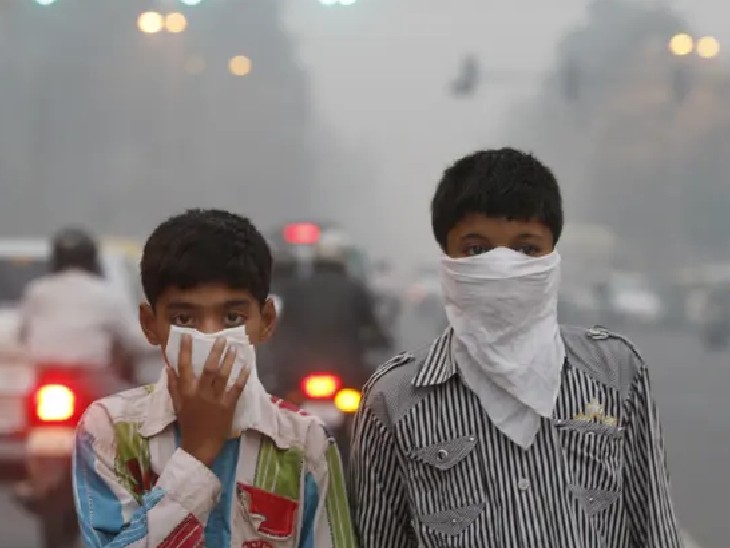 Significantly, the presence of PM 2.5 in the air is fatal because it causes diseases related to the lungs.

The air of Delhi and Ahmedabad is more toxic than the country’s financial capital Mumbai. Mumbai emitted 45 gigagrams of particulate matter (PM) 2.5 from various sources during the year, while Delhi emitted 77 gigagrams and Ahmedabad 57 gigagrams of PM 2.5. This has been revealed by a research report published in the expert-reviewed (peer-reviewed) international journal Elsevier. Dr. Gufran Baig, founding director of the System of Air Quality and Weather Forecasting and Research (SAFAR) project under the Ministry of Earth and Science, told that how much air pollution is present at any place in India so far. There was a system to give this information. But there was no official framework in the country to give forecast after one or two or three days.

The danger of air pollution in India can be gauged from the fact that the report of Air Quality Life Index (AQLI)-2019 was published in the Energy Policy Institute of the University of Chicago. In which 40 percent of Indian citizens were feared at risk of being under 9 years of age due to air pollution.

India was able to issue 3 days air pollution forecast
Dr. Baig explains that for this reason, SAFAR created a model to collect information on air pollution levels in four metro cities, namely Delhi, Mumbai, Ahmedabad and Pune. Since now the research report of this model has been published in the prestigious international journal Elsevier. Therefore, India has also been able to issue a forecast of air pollution for a maximum of three days. Significantly, the presence of PM 2.5 in the air is fatal because it causes diseases related to the lungs.

Which city has more emissions?

According to the research report of SAFAR, Delhi has the highest emission of 41 percent PM 2.5 due to transport. Whereas in Mumbai 31 per cent of PM 2.5 is emitted from this source, 35 per cent in Ahmedabad and 40 per cent in Pune. Due to open burning of garbage and other things in the slum areas of Mumbai, the evidence of PM 2.5 in bio fuel pollution is high. Evidence of PM 2.5 has been found in 15 percent of bio-fuel pollution in Mumbai, 3 percent in Delhi, 10 percent in Ahmedabad and 11 percent in Pune. PM 2.5 has been found in the highest 22 percent of industrial pollution in Pune. Similarly, Delhi accounts for 19 percent, Ahmedabad 19 percent and Mumbai 15 percent industrial pollution.

Hooligandi with uniform: An attempt was made to mount a car on a traffic constable for demanding a fine of Rs 400 in Pune, hung on the bonnet and drove it for 800 meters