State Congress President said after the meeting: Kuldeep Singh Rathore claims Congress will win all the four seats in the by-election, workers should be united 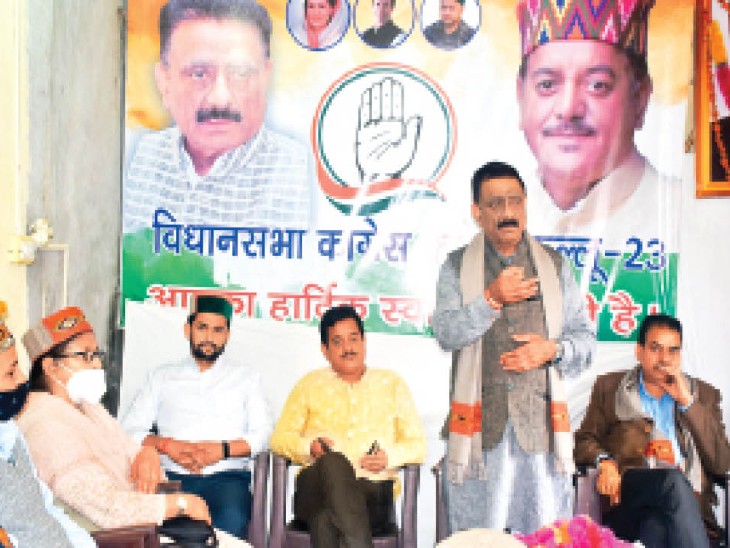 State Congress Committee President Kuldeep Singh Rathore said these words while addressing the journalists at the party office in Kullu. He said that the Congress party would win all the four seats in the by-elections to be held in the state and the BJP would be completely defeated in these elections. He said that by-elections are being held on one Lok Sabha seat and three assembly seats in the state, for which the Congress party has started making a complete strategy.

He said that in view of the elections, he has visited Mandi district and is now visiting Kullu district. Discussions were held with the workers and office-bearers to win the by-elections and emphasis has been laid on strengthening the party. He said that the Congress party is fully capable of winning the elections and the BJP will be completely defeated in these elections.

Rathore said that the general public is completely fed up with the BJP government of the state, inflation is touching the sky, ration is disappearing from the depot and this government is not doing anything to give relief to the public, so in these by-elections. It is impossible for BJP to win. During this, he said that the BJP had promised four times compensation to the four-lane affected in its election manifesto, but after coming to power, this government has forgotten its promise. Therefore, the Congress party is going to surround the BJP on every front in these by-elections.

The program was successful in Aani
come| The Block Congress Committee has left the decision to the State Congress to take action on the clash with the workers and office bearers after the workers’ convention organized by Congress state president Kuldeep Singh Rathore on Saturday. Block Congress Committee Aani President Chandrakesh Sharma said that this incident has come up with the State President himself, in such a situation the decision of disciplinary action will be taken by the State Executive. On the other hand, Kuldeep Rathore categorically refused to have any kind of clash. He has been successful in the program in Aani.