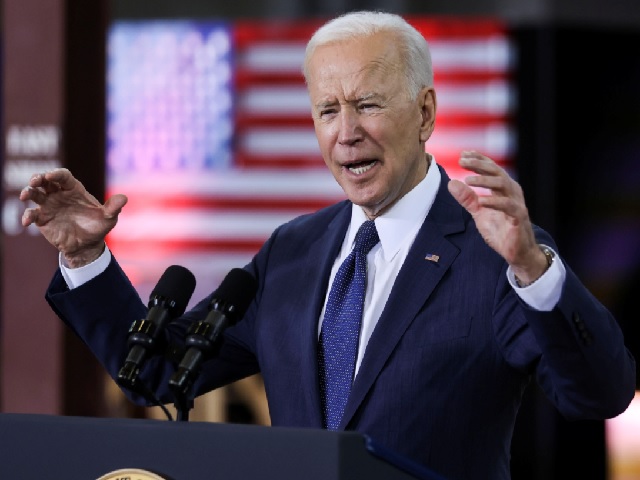 The President of the US Joe Biden on August 16, 2021, said that he stands squarely behind his decision of withdrawing the US troops from Afghanistan as he acknowledged the horrific images coming out of the country after the swift Taliban takeover of the Afghanistan government.

In a televised address to the nation from the White House East Room, the US President said that he faced a choice between sticking to a previously negotiated agreement of withdrawing the US troops from Afghanistan this year or sending thousands more US service members back into the country for the third decade of war.

He added that he will not repeat the mistakes of the past and that he did not regret his decision to proceed with withdrawal from Afghanistan.

The statement by the US President comes in wake of criticism of the President over the Taliban’s conquest of the war-torn country.

On August 15, 2021, the Taliban declared victory in Afghanistan after Afghan President Ashraf Ghani fled the country and his government collapsed forcing Afghanistan into complete anarchy.

We went to Afghanistan almost 20 years ago with clear goals: get those who attacked us on September 11, 2001—and make sure al Qaeda could not use Afghanistan as a base from which to attack us again.

We did that—a decade ago.

Our mission was never supposed to be nation building.

Disagreement over Biden’s decision on Afghanistan

Many have disagreed with Joe Biden’s decision of withdrawing US troops from Afghanistan. The Afghan residents in the US also protested against the President, angered by the chaos that the world witnessed as the Taliban ultimately captured Kabul, the capital city, and Afghanistan’s President left the country.

However, President Biden clarified that after 20 years, he has learned the hard way that there was never a good time to withdraw the US forces from Afghanistan.

He said that he would rather take the criticism over the fallout than pass the decision of how and when to withdraw to a fifth US President.

President further added that the decision of leaving Afghanistan is the right one for the US as keeping a US presence in the country was no longer a US National Security interest.

‘Gut Wrenching’: US President on images coming out of Kabul

President Biden described the images coming out of Afghanistan- especially at the Kabul airport, where the Afghans descended in hopes of fleeing the country- as ‘gut wrenching’.

Videos of the people of Afghanistan clinging to a US Air Force Plane and running alongside as it prepares to take off were circulated widely on the internet.

The chaos at the Kabul airport left seven people dead, including some who fell from a departing American military transport jet.

The people in Afghanistan had rushed onto the tarmac as thousands were trying to escape after the Taliban seized power in the country. Some clung to the side of a military plane of the US before it took off.

Another widely circulated video showed the Afghans falling as the plane gained altitude over Kabul. The US troops resorted to firing warning shots and using the helicopters to clear a path for the transport aircraft.

The Pentagon has also confirmed that the US forces shot and killed two individuals it said were armed. Mr. Biden has ordered another battalion of troops of about 1,000 to secure the airfield, which was closed to the arrivals and the departure on August 16 because of the civilians on the runway.

The speed at which the Afghan Government collapsed ensuing chaos has posed the most serious test yet for President Biden as Commander in Chief. He has come under intense criticism from the Republicans who said that he has failed.

Yet the US President has maintained that the rapid end of the Afghan Government has only vindicated his decision, noting how the Afghan army surrendered to the Taliban.

He said that the American troops should not be fighting the war and dying in a war that the Afghan forces are not willing to fight for themselves.

Joe Biden, who is viewed as an experienced foreign policy hand has expressed confidence in his decision and has said that he is ready to take the heat. He said that he was deeply saddened by the facts but does not regret his decision.

Biden not the first President to face Afghanistan challenge:

Former Presidents of the US Barack Obama and Donald Trump had also yearned to leave Afghanistan, however, they ultimately stood down in the face of the resistance from the military leaders as well as other political concerns.

On the other hand, President Biden had been steadfast in his refusal to change the August 31 deadline (to withdraw the US troops), in part because of his belief that the American citizens are on his side.

For instance, a late July poll has shown that 55% of the Americans had approved Biden’s handling of the US Troop withdrawal.

As the Taliban takeover Afghanistan, chaos and violence have escalated with people trying to flee the country from the oppressive rules that the Taliban will soon introduce.

The situation is expected to be more ghastly for women in Afghanistan with Taliban rule in the country. From the eradication of women’s education to forced child marriages, the latest development will force the country into an absolute regressive structure.