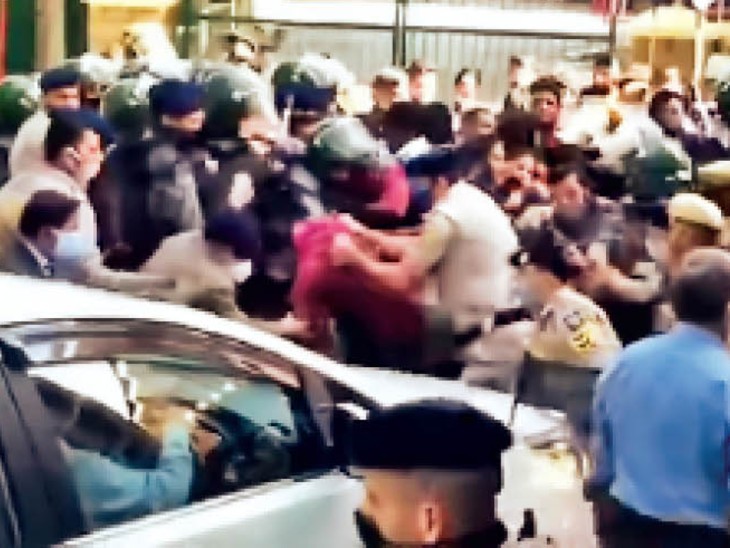 SFI and ABVP workers scuffle with each other at HPU.

There has been a tense atmosphere once again in Himachal Pradesh University. On Tuesday too, ABVP and SFI workers got into a tussle. However, in the midst of the clash, the police intervened, which averted a major confrontation. While SFI workers were protesting outside the VC office, ABVP workers also reached in front of the VC gate. In such a situation, a slight scuffle started from the right side.

At the same time, in the midst of the ongoing controversy in Himachal Pradesh University, the administration has once again imposed many restrictions on the students. Entry into the campus has now been banned without an ID card. In the order issued by DSW, it has been said that this decision has been taken to stop the outside elements creating nuisance in the university. To maintain the academic environment in the university.

The administration says that entrance examinations are being conducted in the university. It is appealed to all those students to bring their admit card so that they do not face any kind of difficulties. Students/visitors coming from outside for work related to the university are requested to give their work details/identity at the university entrance. Only after that the admission will be given.

DSW said that since last few days outside elements are trying to malign the academic environment of the university. To prevent this, the university administration has decided that now the admission in the university will be done only through the admit card / identity card.