The generosity of Nagpur Police: The auto driver arrived to pay the fine with a piggy bank in his hand, seeing the police officer’s heart and his pocket full of fine 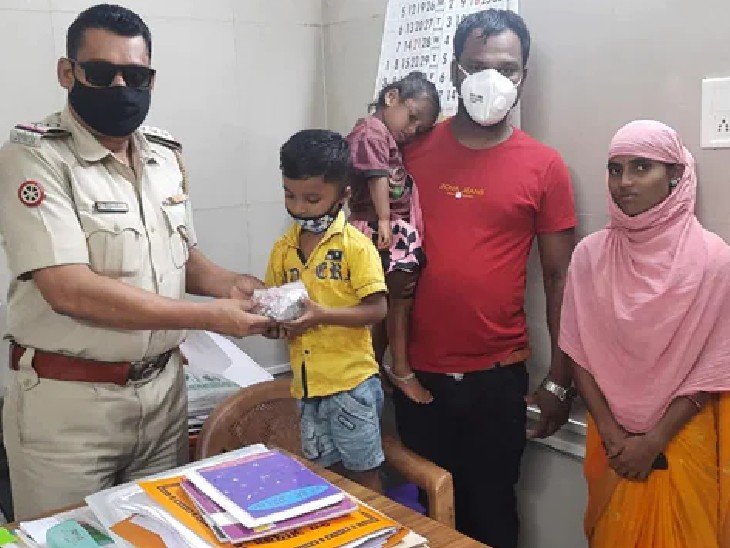 A human face of Nagpur Police is in the headlines of social media these days. Here an auto driver was caught by an employee of the Traffic Police Department for violating and imposed a fine of Rs 2000 on him. The auto driver was poor and did not have the money to pay the fine, after which he took his child’s piggy bank directly to the traffic department office and tried to deposit the challan.

The incident is from Sitabuldi area. For breaking traffic rules, senior police officer Ajay Malviya imposed a fine of Rs 2000 on the autowala named Rohit Khadse and asked him to deposit the money by confiscating his auto. After this the driver hurriedly went home and took his son’s piggy bank in front of traffic Ajay Malviya. Seeing Rohit’s sad face and piggy bank in his hand, Malviya did not take long to understand the matter that he had forcibly brought his son’s piggy bank.

This effort of the officer became an example of humanity
When asked, Rohit also told the same story. After this the police officer was heartbroken and he paid the fine of the auto driver with his own money. Not only this, he called the driver’s son and returned his piggy bank. His effort has become an example of humanity. Now this story is becoming increasingly viral on social media. People are praising police officer Ajay Malviya a lot. Nagpur Police has also appreciated this effort of Malviya in social media.

Autorickshaw was seized because of this
Amit Malviya told that he had parked the rickshaw in no parking, so a fine of 200 was imposed on him. However, during investigation it was found that a challan of Rs 2,000 was already outstanding in Rohit’s name. So his auto rickshaw was seized. He had come to pay the challan with five, 10 denomination coins and some other small notes. Along with filling the challan, I have also taken a promise from him that he will not do such a thing in future and will strictly follow the traffic rules.